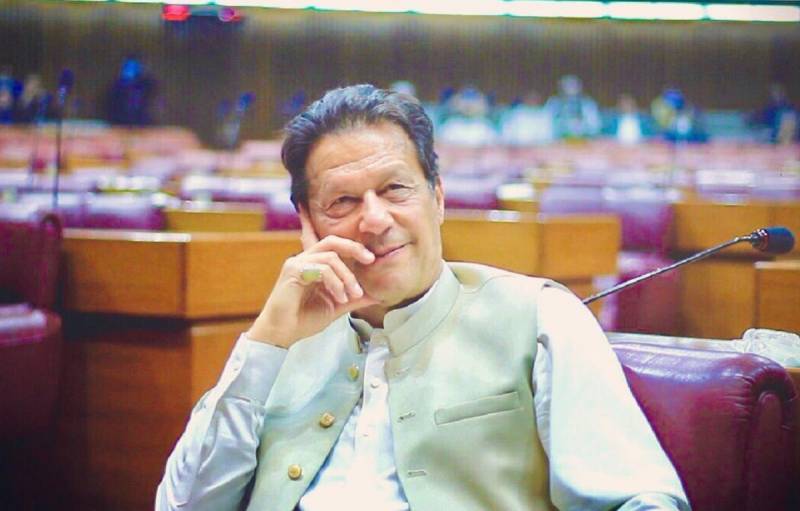 Taking it to Twitter, the premier shared a video of Muzammil Aslam, a spokesperson of Minister of Finance, saying “While an unprecedented rise in commodity prices internationally has adversely affected most countries in the world as a result of Covid lockdowns, Pakistan mashaAllah has fared relatively much better.”

While an unprecedented rise in commodity prices internationally has adversely affected most countries in the world as a result of Covid lockdowns, Pakistan mashaAllah has fared relatively much better.https://t.co/KCKt8RipNs

The video made by a government spokesperson was shared on YouTube that claimed Pakistan's economic indicators were positive amid the record increase in the prices of basic commodities at the international level.

Aslam, explaining the state narrative, responded to the critics who reiterated the rhetoric of the devastating state of the country’s economy amid the spike in prices of essential items.

The government official negated the facts aired by mainstream media saying he found no answers regarding solid statistical data for proving those claims about the national economy.

The spokesperson to the Finance Minister also shared the global statistics about rising prices, clarifying that the Food and Agriculture Organization has reported the 3.9 percent rise in prices of food items from September to October.

“According to World Cereal Index, a rise up to 3.2 percent was recorded during the same period. The edible oil prices that had never seen a rise earlier increased up to 9.6 percent globally. It is the consecutive fourth month for recording a hike in prices of essential commodities, he said.

ISLAMABAD – Amid the nationwide protests in wake of an increase in petrol prices, the Finance Minister hinted at ...

He also mentioned that dairy products' prices have also seen a surge of 2.6 pc during the last month as most countries are facing inflation in wake of the Covid pandemic.

Highlighting the positive economic indicators of Pakistan, he claimed that exports during the past years have increased as Pakistan recorded a 17.5 percent rise in the month of October and a 25 percent hike during July-October.

He also shared government statistics about the textile export while claiming that Pakistan’s exports are likely to be recorded at $22 billion during FY22. Pakistan’s tax collection rate has also increased up to 37 percent and 32 percent in terms of income tax during the last four months.

PTI government also announced concessions on the usage of additional electricity units up to Rs5 to Rs7 per unit from November 2021 to February 2022, he mentioned while adding that the skyrocketing sugar prices will go down in the coming days.

ISLAMABAD – Prime Minister Imran Khan reiterated on Friday that petroleum prices in Pakistan are the cheapest ...