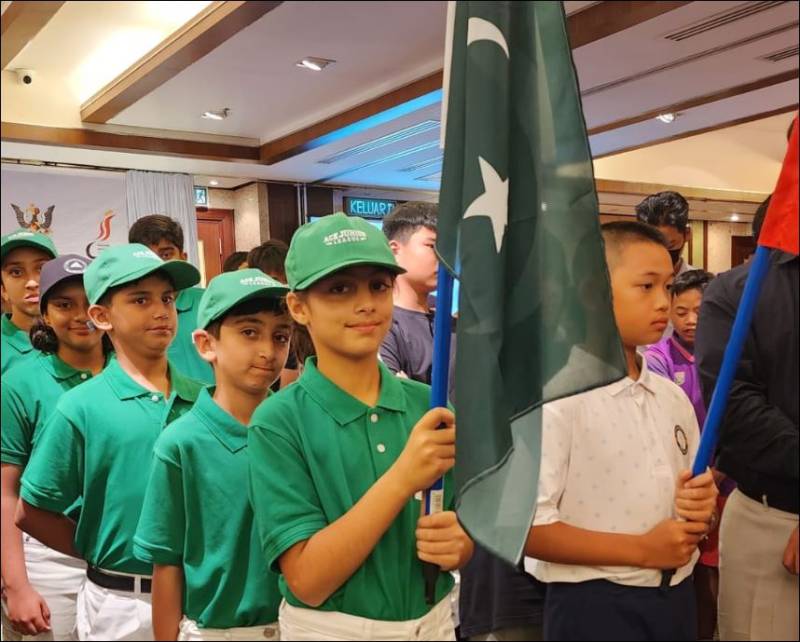 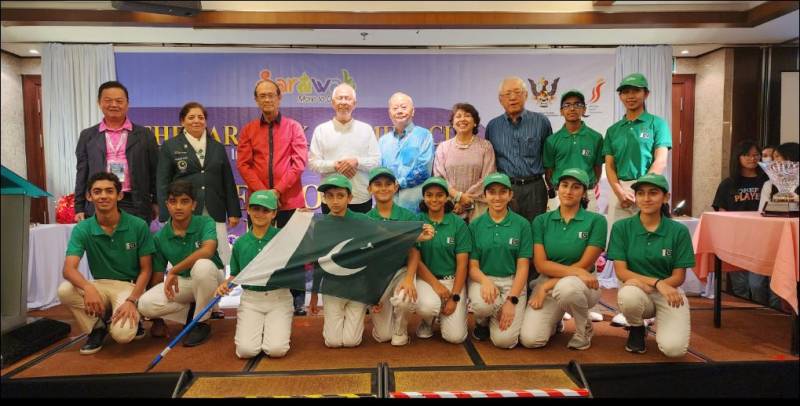 LAHORE – It may be recalled that the Ace Junior Golf League (AJGL) first appeared on Pakistan’s ‘Golfing Landscape’ when almost a 100, under 18, Junior Golfers participated in its Inaugural Match held on 1-2 October 2022 at the Lahore Garrison Greens.

This was a number that far exceeded even the AJGL’s Founder President, Munazza Shaheen’s most ambitious dreams. It is worth mentioning that the aim of AJGL is to act as the nursery for discovering, nurturing and eventually producing our Nation’s future golf champions. In this, it is their endeavor to reach out to the less established young golfers, and help them to translate their demonstrated passion for golf into a higher level of golfing skills. As can be appreciated, this will be a major contribution in developing Pakistani Golf at the grass roots level. It is worth mentioning that Lt Gen (Retd) Mian Muhammad Hillal Hussain, who wholeheartedly supports this bold initiative, has graciously consented to be its Patron –in-Chief. His guidance will certainly add value to AJGL.

Encouraged by the unprecedented level of interest exhibited by junior golfers in the above mentioned Inaugural Match, Munazza Shaheen decided to raise the bar of her ambitions by dreaming of taking AJGL to the international level. To actualize this she turned to  Dr Asma  Shami, who has been her mentor in all golfing matters and is also the Patron of AJGL. Fortunately, Dr Shami, in her previous  position of Chairperson Ladies Golf PGF, had formed an informal group of her counterparts in selected regional golfing nations. One of the issues that this Group had been actively discussing was how to develop Junior Golf in their respective countries. As Dr Asma Shami had been one of the leading participants in these discussions and had impressed her counterparts with her efforts in developing junior golf in Pakistan, Ms Rabea Htul the ex President of Malaysian Ladies Golf Association forwarded an invitation to her to bring a few junior golfers to participate in the 22nd Sarawak International Junior Golf Premier Cup being held at Miri, Malaysia from 29 Nov – 1 Dec 22. It needs to be emphasized that this was a private invitation extended to an ex Chairperson by an ex President’ in her capacity of being the organizer of this event. Consequently, Munazza Shaheen was energized into putting together a group of 13 AJGL junior golfers, none of whom had ever participated in an international golf tournament.

A total of 104 junior golfers participated from 9 countries from the region. The event was open to junior golfers competing in age based categories. Arooba Ali, Amina Tiwana, Jasia Tasawar and Irtaza Hussain competed in Category A (ages 15 to 17). Bushra Fatima, Ramin Amin, Daniyal Durrani, Abdullah Amir and Wajahat Anwar, were placed in Category B (ages 13 to 14). Similarly,  Sara Amin, Aleesa Rashid, Musa Khan and Zalmay Amin participated in Category C (ages 12 and under). As the other participants had come from Chinese Taipei, India, Thailand, Vietnam, Philippines, Singapore, Indonesia, Brunei and Malaysia, some of whom had zero handicap, the level of competition was very  high. Another drawback for our players was that the Tournament was played on Gross and not Net Scores.  However, it goes to the credit of our young golfers that they earned some notable achievements despite this handicap. Specifically we can all take pride in the fact that 5 out of our 13 golfers made the cut at the end of the second day. These included Irtaza ( age 16) and  Arooba (age 17 years) in Cat A; Ramin (age 13) and Daniyal (age 14) in Cat B; and Musa (age 10) in Cat C.  It was a treat to watch them play, especially 10 years old Musa who, having made the cut, proudly  went through the gruelling  physical challenge of the third day’s play with stoic determination. Everyone’s heart went out to him. It is worth a mention that this was a remarkable achievement, especially when compared with the inability of many of our established players to make the cut in recent International Tournaments.

This has been an invaluable experience for our young participating golfers as it has exposed them to the international standards of golfing skills that they need to aspire to. It is heartening to note that, in the words of Munazza Shaheen, “AJGL will be there to facilitate them by regular coaching and competitions at domestic, national and international level.” It may be mentioned that, due to the young ages of the participants, some of the mothers chose to accompany their children at their own expense. Given below are some of the comments by the parents addressed to Dr Shami and Munazza Shaheen:

“Thank you for providing the opportunity to these children. It has been an eye opener for Aleesa who has come back fully motivated and with new ideas about how to improve her golfing skills. It has also been an invaluable lesson for them on how to conduct themselves at the international level.” (Aleesa’s Mother).

“Thank you for providing a perfect opportunity for our kids to join the international golfing community …. I have no words to express my gratitude.” (Ramin’s Father)

“Thank you for providing Irtaza with a wonderful game changing experience. Although I’m happy with his performance, it was not, understandably, up to his full potential as we are not geared up for such international challenges, being confined to our local conditions…. He has observed other golfers and is now in a better position to overcome his shortcomings. …..  He learnt from you to project his pride in Pakistan by way of his own conduct.” (Irtaza’s Father).

“Thank you for preparing and managing the entire journey in such an organised manner. The players benefitted immensely from Munazza’s clarifications on rules that were confusing to them and her coaching tips that helped them strike the ball to accuracy. Similarly, Dr Shami’s invaluable social grooming, her infectious patriotism and her knack for drilling ‘Pakistaniat’  into the players was unmatched. Her message always was “Be a proud Pakistani.” (Bushra Fatima’s mother).

The prestigious notables attending the Prize Distribution Ceremony were, Datuk Sebastian Ting, Deputy Minister of Sarawak Tourism Ministry as Chief Guest and Mr Hoan, President of Sarawak Golf Association and Mrs. Rabea Htul, Tournament Organizer. The chief guest in his speech welcomed the Pakistani players warmly and hoped that this was the first of many more participations in SPC. He also thanked Dr. Shami for bringing a large group of 13 keen juniors to add to the prestige of the championship. Lastly Dr. Rabea Htul assured Munazza Shaheen for her continuous support for AJGL.

The participation of the Pakistan junior golfers was highly appreciated by Mr Hoan, President of SGA, who awarded each of them, a special certificate of participation. Pakistan was the only country extended with such an honour!