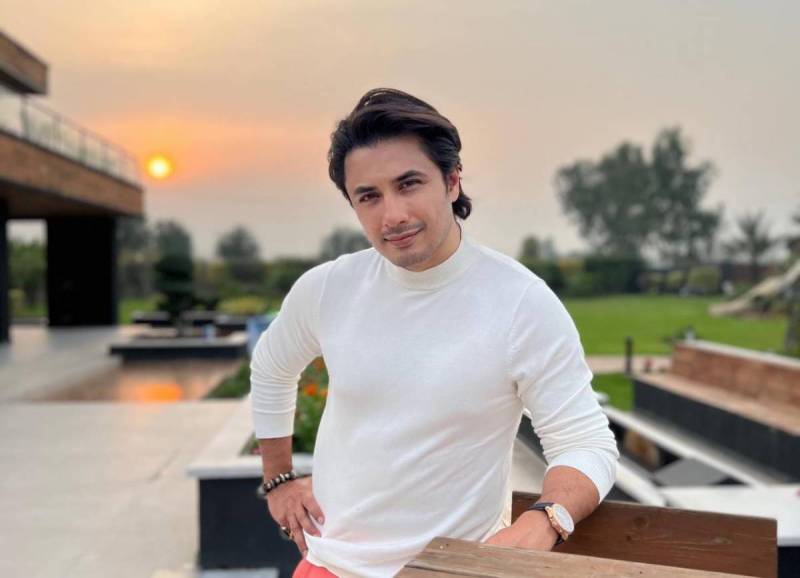 In a society where talking about mental illnesses is considered a taboo and brushed off, Ali Zafar has become a life saviour for those struggling with anxiety and/or depression.

With his latest video, the acclaimed Pakistani singer also shared his coping mechanism with anxiety and other mentally exhausting problems.

In the video, the Channo singer said that there are beautiful practices to help soothe one's mind and thoughts. Zafar suggested people struggling to include singing eastern classic music — called riyaz in the language of music.

The Mere Brother Ki Dulhan famed actor also suggested to hear “tanpura” music on YouTube, stating that “tanpura” is a beautiful instrument that resonates with a frequency which makes every cell in the human body vibrate.

The Chal Dil Meray singer added that frequency tuning takes time, and the body would vibrate when getting closer to it.

Captioning the post, Ali wrote, "Though I am no expert but thought of sharing one of the methods I use based in eastern classical music to help me overcome such emotional states. I hope it helps in some way. Peace & Love."

On the work front, Zafar's recent works include Dil Karey, Hum Tum, and Mere Dildar Sanam. The singer has his upcoming album Husn yet to be released.

'Are we sick?' asks Ali Zafar in note on moral standards of society