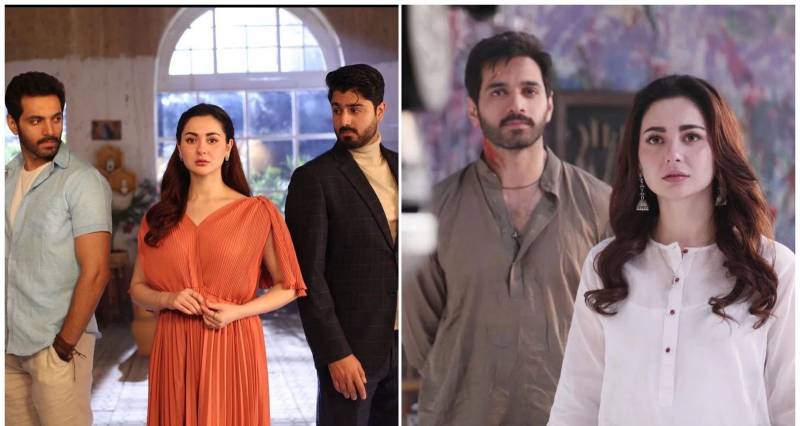 The teaser of an upcoming drama serial Mujhe Pyaar Hua Tha has been finally released and needless to say, the star cast Wahaj Ali, Hania Aamir and Zaviyar Naumaan has wooed the audience.

Penned by Jalan's writer Sidra Sehar Imran, Mujhe Pyaar Hua Tha seems to narrate a story of a complex love triangle but with a major twist.

Directed by Badar Mehmood and produced by Fahad Mustafa and Dr Ali Kazmi under the banner of Big Bang Entertainment, the level of production is evidently high. The scale is evident from the grandness of the sets and the visuals which are telling an enchanting tale.

Wahaj plays Saad, a painter who is deeply in love with Maheer (Hania’s character) as he even draws her portrait. The two look very close and seem to share a great bong. However, Maheer leaves her friend and falls in love with Areeb (Zaviyar).

On the work front, Hania Aamir was praised for her performance in Mere Humsafar co-starring Farhan Saeed in the lead role.