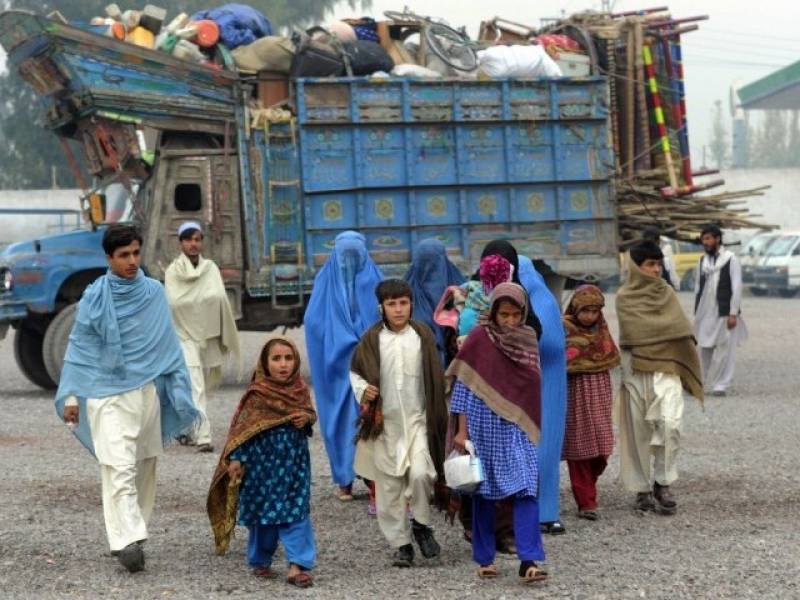 KABUL (Web Desk) - More than 30,000 Afghans living in Pakistan have returned home since the start of the year after coming under intense scrutiny following a Taliban massacre at the Army Public School Peshawar in December, the IOM said Sunday.

There are an estimated three million Afghan refugees living in Pakistan either officially or unofficially, most of whom left their country to escape conflict in the 1980s and 1990s.

But they are viewed with deep suspicion inside Pakistan and routinely accused by authorities of harbouring militants.

Richard Danziger, head of the International Organization for Migration (IOM) mission in Kabul, told AFP that out of the 30,599 Afghans who had left Pakistan since January, 1,817 had been deported while the rest had left of their own accord.

“They are mostly Afghans without papers who have been living in Pakistan for the past 20 to 25 years,” he said.

The figure, which eclipses the 25,000 Afghans who returned from Pakistan over the entire year in 2014, was a result of the breakdown in relationships between the migrants and their host communities following the Peshawar attack, added Danziger.

“It all began after the attack on the school in Peshawar. Their lives became intolerable,” he said.

Police raids on Afghan communities are commonplace and they often encounter prejudice during their daily lives.

Afghan authorities in January said they had arrested five people suspected of planning the attacks but they were not Afghan nationals.

“We're not sure if this phenomenon will pass soon or will last,” added Danziger, who said most of the returnees came from eastern Nangahar, Laghman, Kabul and Kunar, as well as northern Kunduz.

Islamuddin Jureet, a spokesman for Afghanistan's ministry of refugees and repatriation, said officials from both countries would meet next week to discuss the situation.

“Afghan refugees have been living in neighbouring Pakistan for decades, and they were never involved in any terrorist attacks,” he said.