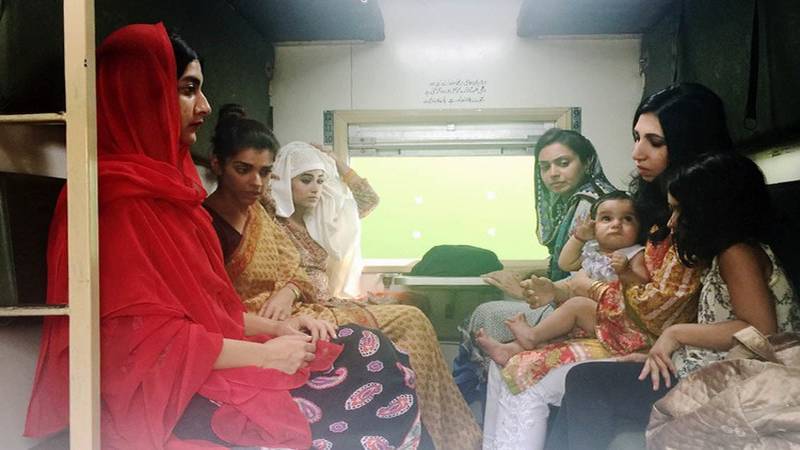 Starring Sanam Saeed, Mikaal Zulfiqaar and Nimra Bucha, and produced by Kashf Foundation, (Rehaai and Udaari), the mini series will be focusing on topics seldom discussed before like HIV, prostitution, prospects of mental health disorders, and drug addiction.

The theme of the series is based on seven different women telling their stories while on a train journey, which will be weaved in together, making sense of the whole setting.

Writeen by Amna Mufti and directed by Sarmd Khoosat, with Shabana Azmi lending her voice, taking prose from Amjad Islam's 'Mjhe Jeene Ka Haq Chahiye', the somber look of the trailer has a beauty of its own in all its darkness.

Here is the teaser trailer: