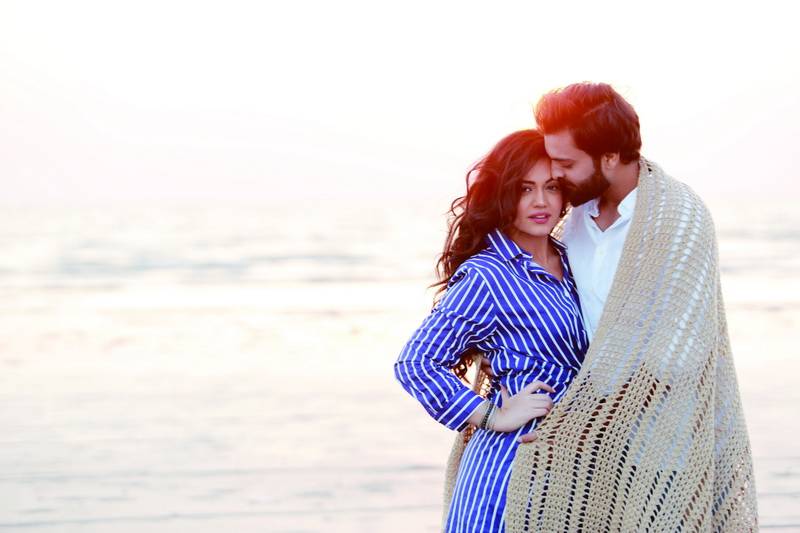 KARACHI - Pakistani TV stars and real-life couple Asad Siddiqui and Zara Noor Abbas will be seen together on screen for the very first time. In the past, the newly married celebs have been seen individually in drama serials. But now their fans can witness the gorgeous couple together. Isn't it great?

Asad and Zara got married in December 2017, in an intimate ceremony which was followed by a star-studded reception. The couple has since been seen together at many events and functions.

The ace director Wajahat Rauf has offered the couple lead roles for his upcoming sequel of  Karachi Se Lahore, the third installment of the KSL franchise.

Mehwish Hayat will also be seen in the star cast. Also, according to some sources, the film will see an ensemble cast which includes Yasir Hussain, Kubra Khan, Asad Siddiqui, Zara Noor Abbas, Shehzad Sheikh and Ayesha Omar in leading roles.

Showcase Films and IMGC teams up once again after the success of their Box office hit 'Karachi se Lahore' released in 2015. The road trip might have ended but the third installment of Wajahat Rauf's franchise films penned by Yasir Hussain promises a full doze of non-stop entertainment. KSL3 is stirring up and is set to realease on Eid Ul Fitr 2019! Mr. Sheikh Amjad Rasheed, Chairman Imgc group adds, "It is a matter of pleasure and privilege for IMGC group to be associated again with Mr.Wajahat Rauf of Showcase Films. IMGC  group is leading distributor in Pakistan. Our experiences  both in time delivery, personal relationship and successful turnover is unique with this group. No road trip? What's cooking here? Can you guess what the third sequel to Karachi Se Lahore will bring to the screen? Let us know in the comments below and stay tuned for more updates. #ksl3 #karachiselahore3

The names of the supporting cast will be added soon.

Asad has recently worked with Wajaht Rauf in his debut web series Ennaya and now will be part of his silver screen project too.

Wajahat’s third film will be releasing this year's Eid-ul-Fitr.

Are you excited to watch Karachi se Lahore 3? We are for sure.

Share your thoughts with us in the comments below!