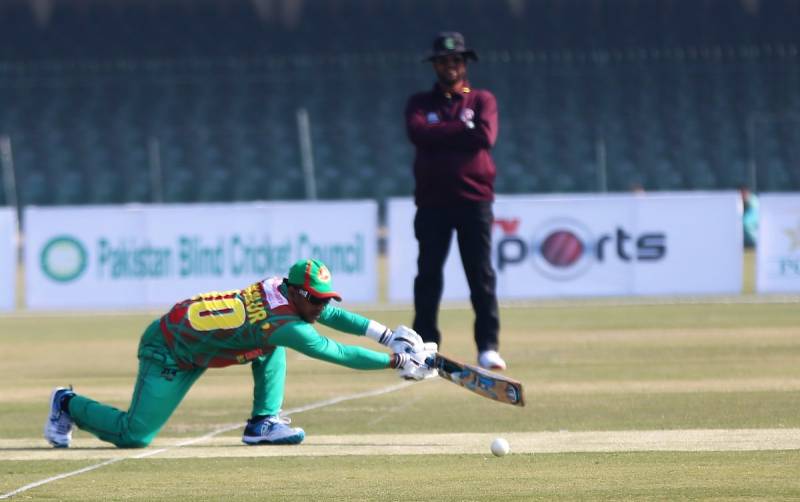 LAHORE - Pakistan beat Bangladesh in the Blind Cricket World Cup by nine wickets in the inaugural game in Punjab capital on Monday.

The fifth edition of Blind Cricket World Cup kicked off at the Gaddafi Stadium, with hosts Pakistan facing Bangladesh in the opening game of the tournament.

Pakistan won the toss and put Bangladesh in to bat first in the 40-overs game. Badar Munir scored 145 runs off 70 balls and Amir Ishfaq registered 46 runs while chasing down a total of 208 in 17 overs. 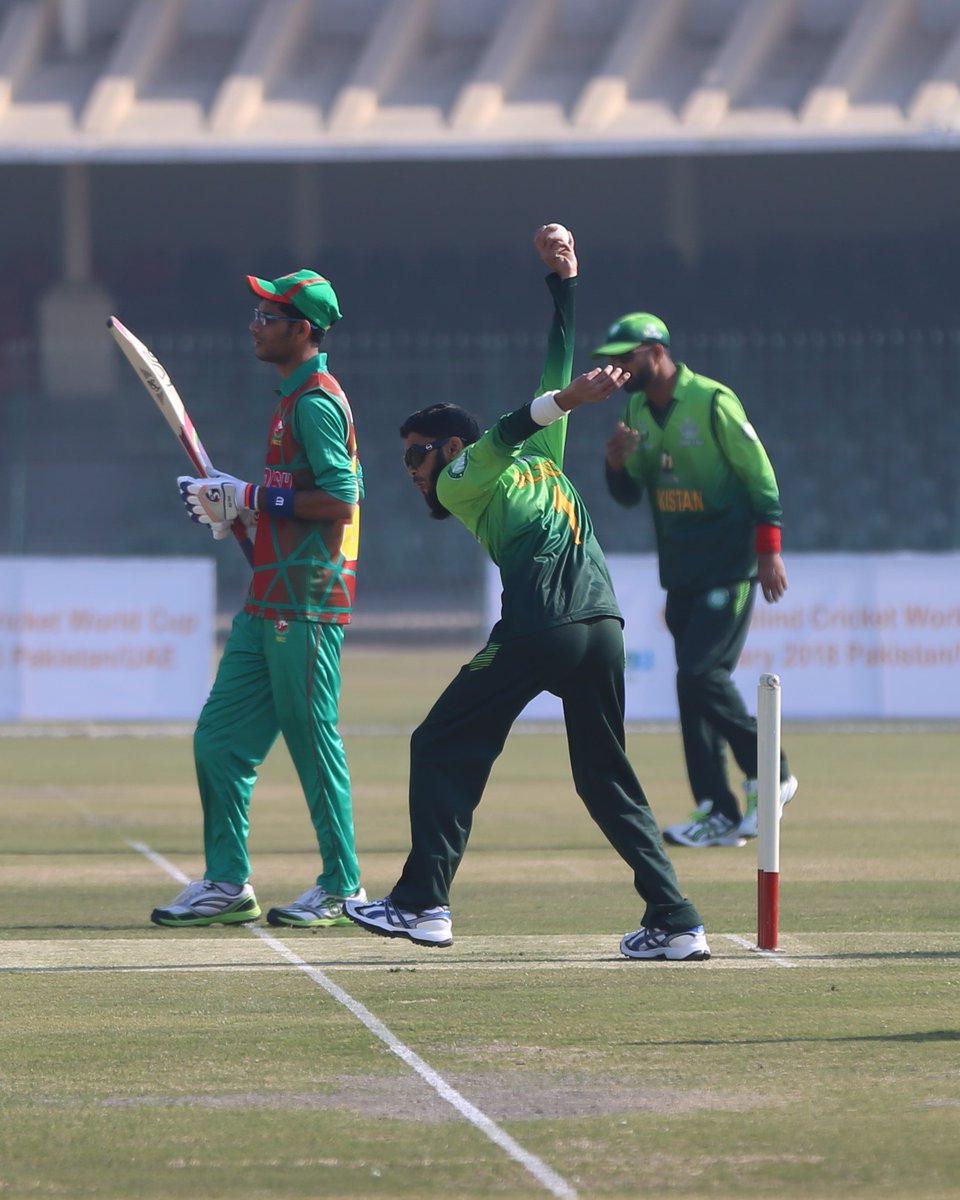 Earlier this month, the Pakistan Blind Cricket Council had to reschedule the matches after the Indian government expressed its reluctance to grant permission to its team to travel to Pakistan for the matches. 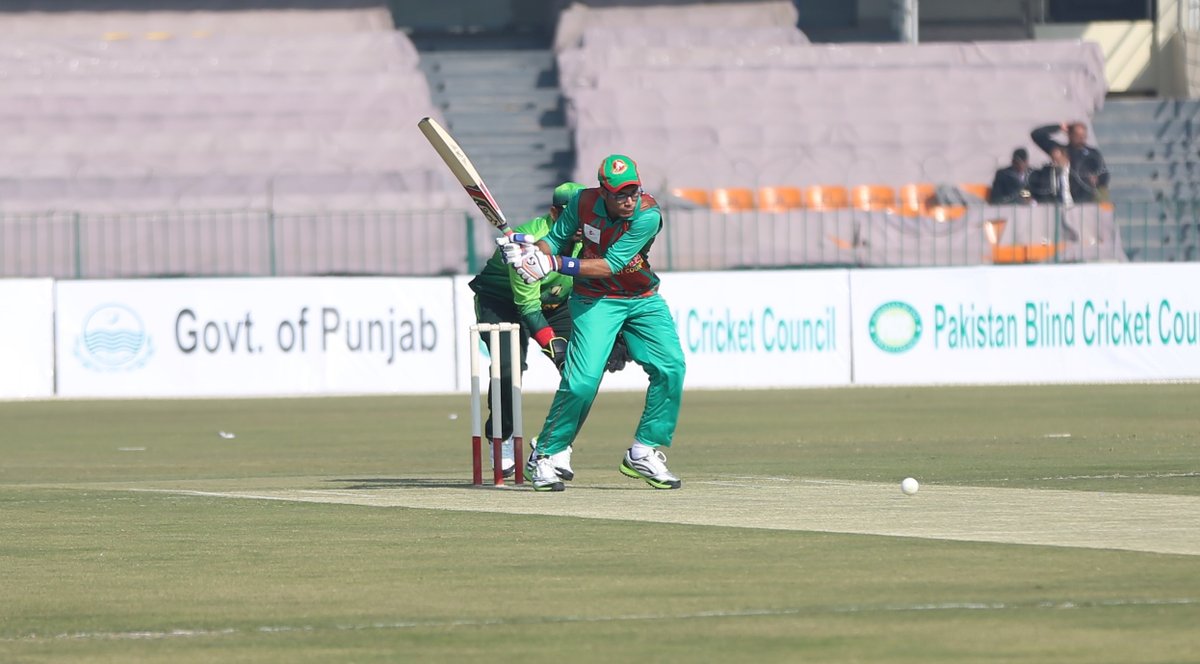 Teams of Pakistan, Bangladesh, Nepal, Sri Lanka, Australia, and India are participating in the event.

Three matches are scheduled to be played in Pakistan while remaining matches will be held in the United Arab Emirates.

India and Pakistan will face off in Ajman on January 12. The final of the tournament will be held on January 19 in Sharjah.

India and Pakistan's senior cricket teams have not played a bilateral series since 2013 because of the tense political climate.

However, Pakistan's blind cricket team travelled to India for last year's inaugural Twenty20 World Cup that was won by the host nation.