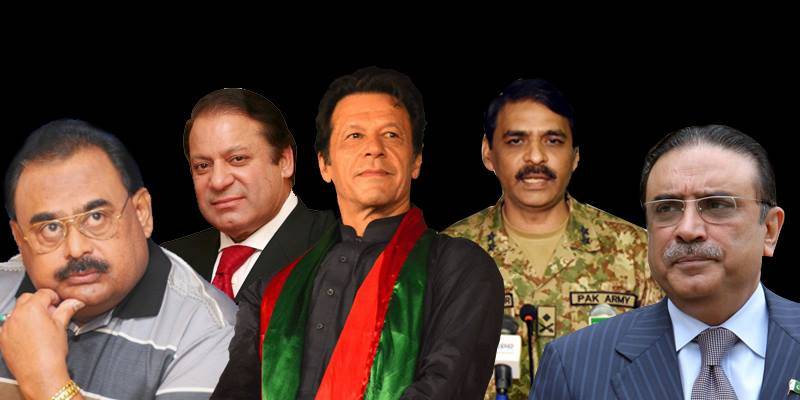 We make new year resolutions and then fail remarkably with effortless ease. The great thing about New Year resolutions is in case of failure, which is the default position, we don’t feel accountable to anyone.

An associated great thing is, we can carry forward those resolutions we couldn’t do much about, to the next year. This means a majority of them get carried forward.

The beauty of our new year resolutions is that in case we happen to achieve even 10% of any of them, we can shower ourselves with 100% credit for the attempt and effort.

After all, our efforts, not the results of those efforts, count more. That’s how, and that’s why we justify huge budgetary allocations to defense, justice, law-and-order, tax collection, and bureaucracy in Pakistan.

If results also mattered, and our civil-military leaders were held accountable and rewarded for results not mere efforts, we would be a differently democratic country today.

As a general rule, efforts precede results, and resolutions precede efforts. So, if we get our resolutions right, we can hope to put right efforts for desired results that we end up achieving as well.

Please do not recall Pakistan Resolution or Objective Resolution as you ponder the interrelatedness of resolution, effort and result in this rule. After all, there are exceptions that prove the rule, and these two exceptions are not only historical, they are also debatable.

Making resolutions indicate we consider planning important and want to achieve something through planning, not just fluke. This makes those who make resolutions in Pakistan a small minority.

While browsing for those who also realize their resolutions, not just make them, I chanced upon Picky-Leaks – a secret site like Swiss Banks that safely hosts important people’s resolutions and confessions.

As a first installment, we are sharing six resolutions of key individuals and institutions for 2018; four from civilians and two from the military side.

Since Imran Khan’s new year has begun with a literal blast, lets start with him.

The background of his resolutions seems he has realized a kink in the sequence of his things, that something is ‘not-right’ in his hitherto schema.

I say ‘not-right’ for it is everybody’s basic right to be wrong; and we ought to avoid the use of ‘wrong’ for personal acts of slipping and falling for politicians too, not just for Judges and Generals.

In the recent past, Khan sahib has been indulging in open affairs and secret marriages. In 2018 he resolves to get this kink right, thus his resolution reads: “In 2018, I resolve to keep my affairs secret and marriages open; and, to get the sequence right, I will propose to a woman first, and marry her later.”

The ISPR resolution: “In 2018, to handle the civilians at home and the world outside, we shall not rely on twitter handle alone (as it can be suspended by yahood-hanood-o-amreeko nexus). We’ll have Snapchat account too.”

A Snapchat account suits ISPR better because it kills itself soon after killing your time. Then there is no worry of retracting it either.

Nawaz Sharif’s resolution obviously is very family oriented: “I will get my beloved daughter a gold phone which does not have social media apps on it.”

It seems her Twitter handle has been too hot to handle and it burnt more than it was supposed to.

Zardari sahib’s resolution revolves around 2018 elections: “We shall make an alliance with PTI and form coalition government in Punjab. The Federal Government will automatically be ours. We shall make IK the President, so that he can make marry, enjoy his remaining youth, while working amicably with me.”

Altaf Bhai has health and fitness related resolution: “I will quit eating nihari, and get long-lasting fitness lessons from Ch. Shujaat.”

Last but certainly not the least, the military leadership has a brief and encrypted resolution that reads: “We shall get our strategic assets right and drop the dead wood.”

Though strategic assets are open to wide interpretation, my guess is that out of DHA, Difah-e-Pakistan Council, and Fauji Foundation, two might be dropped. Hope its DHA and FF.

Happy 2018 to you all; we shall share more Picky-Leaks as we get our hands on them.