Thank you India for being Pakistan for a day! 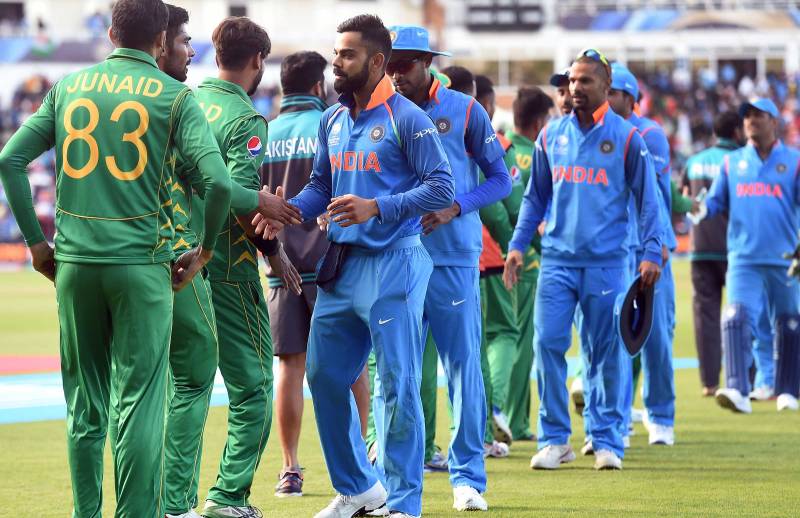 We Pakistanis are experiencing collective joy and euphoria of this scale for the first time in our lives. The last time something close to it was March 1992; but certainly not this big. One opportunity that we missed to be this happy was when we recently failed to drop atom bombs on India!

In 1992, we were only 115 million, and England who we defeated in the World Cup, were 30 million. The total happy-sad people were about 125 million; 15 million less than the total for half of them did not get sad on losing a cricket match. They got sad when their football team lost, which was quite often, so the majority of them was often sad; but sadly not because of us. I say sadly because we get hugely pleased when we make someone hugely sad.

This Sunday, our joy got amplified due to the huge numbers involved in it. We are 200 million; Indians are 1,311 million; total, over 1.5 billion. Given that every Indian was doubly sad and all of us four-times happier; doubly happy on our huge win, and another doubly happy for making Indian’s doubly sad – thus the numbers of folks in this equation got over 3 billion, which’s half the world.

In our huge joy and euphoria, while we are on cloud nine and our hearts are dancing, we are missing a point. We owe a hugely big ‘thank you’ to India!

It's not for not playing as well as Indians may have, or did in other matches of the CT17. After all, its cricket teams can have a very bad day when they only expect routinely bad day – like Team BD in semi-finals: they expected a routinely bad day and had one.

It's not for Kohli’s post-match graceful praise for Team Pakistan either. It's for something historical which did not happen since Pakistan’s being Pakistan, and would not happen in the future – unless Imran Khan becomes the next prime minister.

It's because Team India played like Team Pakistan for a day, and that too on a Father’s Day!

They say, mimicry is a child’s way of praise, but what Team India did was beyond that practice. It was a super-cool act of solidarity, only expected from best friends like China or Saudi Arabia.

India is an enemy. As we are told by ISPR, we must not expect any good from enemies, Hindus or Indians. But here, our enemy did to us what our best friends wouldn’t have done, even if they had a cricket team. Since neither of them will, let’s praise back India by calling them our best enemy!

On Sunday, Indians played as if they were us. First, they won the toss, like us in the opening match two weeks back. Then, just like us they invited the other side to bat. Then facilitated us – like we did to them – to make 300+ score. Then their ace players hurried back to the pavilion as if they too were fasting, and did not want to miss on sumptuous iftari back in the dressing room.

If you are wondering why did Team India do this, I have the answer.

Have you heard the Sufi verse: Ranjha Ranjha kr di ni mein aape Ranjha hoi? Its frank translation for English Medium folks: Sulking about Romeo, me the Juliet started failing like Romeo! On Sunday, Indians thought about us so much that they became us. Which is nothing but ishq, i.e., a pure love.

Thank you, India. May you remain Ranjha for another ten matches so that we start believing in our boys and in the fact that there are ways to get euphoria without dropping our 111 atom bombs on you and get one fourth of the pleasure. One-fourth, because after the bombs have enlightened them, and us, the number of people in the equation will be far less. So, we’d rather had more joy in cricket.

To assuage the consequent sadness, we can sell you our bombs. Thank you for that too in advance.