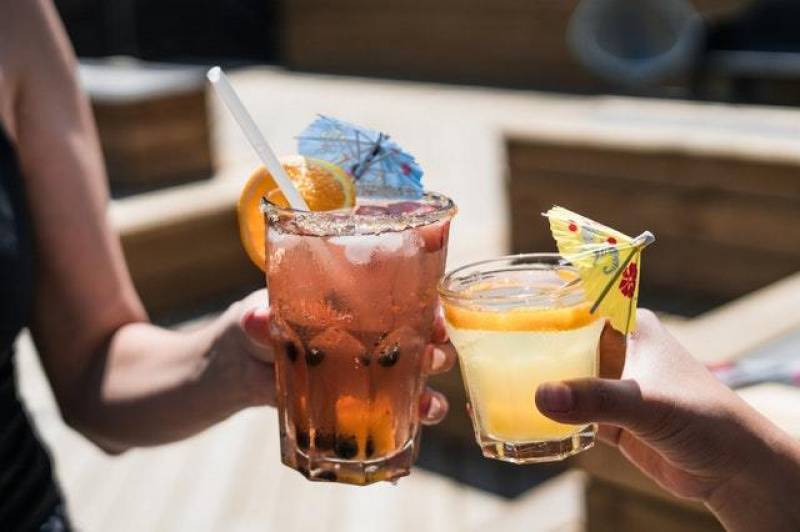 Let me start this piece with two disclaimers. It is primarily for non-Muslims in Pakistan. Muslims in countries where sharab is legal, and folks in the holy Kingdom of SA, where most expensive whiskies are consumed, can also read this. Indian Muslims should read it at their own risk!

One elaboration - the consumers of expensive whiskies in KSA are certainly not foreigners or Americans, as both believe in saving more than savouring while the sun of high earnings shines there – or for that matter in any well-oiled or well-aided country! And, Americans in KSA are less of a foreigner and more like naturalized invaders. But, a piece on this, another day.

Second disclaimer: If one is writing about prohibited commodities, it does not imply one uses or endorses them. Then these are notionally prohibited but practically celebrated like no other sin.

There is hardly anyone in Pakistan who has not heard of vodka or whisky, from those who can read this. Although, many may have heard the wrong way and for wrong reasons. If you are not the one who ever savoured these beauties, i.e., good but the wrong type - this piece is for you. Its less for others –bad but the right type.

Being good or bad is different from being right or wrong, I know you know it. But if you don’t, I suggest you try either V or W and get the truth I am trying to hide.

So far in this piece, like a typical Punjabi on a first date, I have been beating about the bush.

Let’s face the bush now, by sharing some confusing commonalities between V and W.

Both are derived from non-English words which mean water. One is water of life, the other is water of delight. Vodka is sold and consumed less but is more recognized brand in the comity of liquors - like Pakistan in the comity of countries. Whiskies are of many types, many classes, and many origins - like people in Pakistan.

The heart of this piece is the way I see, and want you to see too, the individual and institutional parallels in Pakistan (and Islam) to Absolute Vodka and Relative Whiskies.

The different tiers of the judiciary in Pakistan are like relative whiskies; but all of them at times act like that cottage-whisky which causes blindness, not the desired soothing.

But if we look at the last few CJs, who theoretically were like various relative whiskies (single grain, multigrain, hybrid), some of them felt and faked like absolute vodka. The just-retired one tops on the deck – Mr. Chaudhary was the first to fall for this delirium.

Military is like a bar, where Army is absolute Vodka, and so is ISI. But other forces and agencies are relative whiskies (albeit, imported and high quality).

What are the COASs like? Let me leave this to your imagination, as an intriguing quiz.

Police are absolute vodka too, the way it hit, and stay there. Bureaucracy in Pakistan is neither vodka (some individuals did act like that though) nor relative whisky; its more like a hot beer, which wrongly got made in the vessel intended to make it a high-class whisky.

Our politicians, because of Article 62-63, cannot be dubbed either; and they are in fact neither. They are those various beverages people like to resort to after being hit by absolute vodka or relative whiskies. Blended drinks in the beverage industry are called cocktails, but our politicos are mocktails (cocktails without any liquor in them).

Islam is absolute V, but various sects in it are relative Ws (if you think this line is blasphemous, re-read assuming V is vitality, and W is a workout).

Vodka has another beauty. When its put in a disposable water bottle, its camouflaged with effortless ease. But, it may appear water, it hits like vodka.

The parallel to that is the national narrative which in the empty and disposable mini bottle of democracy has absolute vodka – you realize it and get the hit when you have swallowed it.

In 2019, my friends, sip well, sip with care. Stay safe from wrong consumption, and blindness.