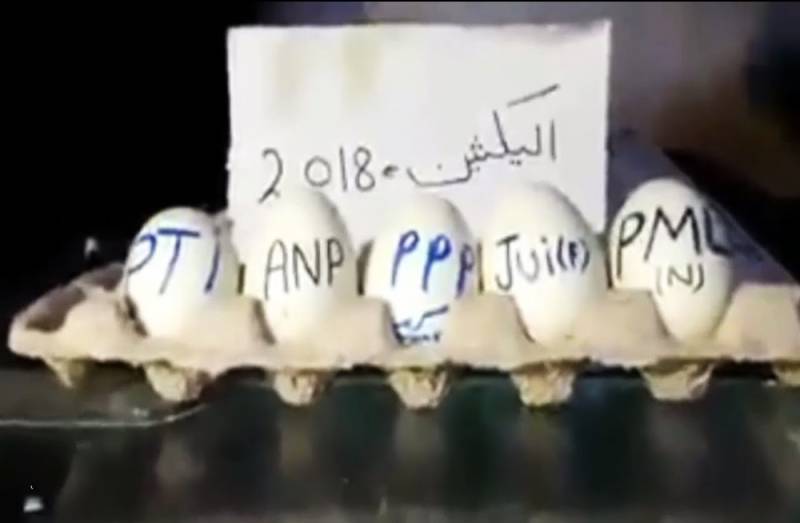 Election 2018 will go down in history for many good, better and awesome reasons. I share nine and a half reasons, which are very unique, and may I say, very good news too.

These are the first elections where votes were counted very carefully, like small children count their Eidi: one by one, and sometimes forgetting in the middle, twice or thrice.

This Independence Day we can take pride that another State Institution, the ECP, has become fully independent as well – after Independent Military and Independent Judiciary.

Pakistani nations’ votes have never been paid so much and close attention before. Thus, PML’s key slogan ‘Respect the Vote’ was implemented soon after the voting concluded.

Those doing the counting acted like strict examiners – any vote that seemed like cast casually was rejected. Only those votes got respect that were cast respectfully, carefully, and rightly.

After all, those who don’t respect their own vote – either by casting it too casually, or by casting to the wrong party - cannot expect any respect for their votes. This is the half reason.

The vote-counting time these elections took has only been second to that of the census 2017 counting. That was under the watch of PML-N – hence the practice of slow counting, which in fact was extremely careful counting, was started by the previous government. So, don’t blame the returning officers.

These elections revealed that not even 1% of Pakistanis want to go to Jannat (the heavens), and they are happy to enjoy the load-shedding and talk shows in Pakistan.

At least that is the quick inference from the total vote count of TLP and AAP. But if we look at the vote count of Jannat Pakistan Party, only 248 people trusted the unambiguous promise.

The elections manifestly proved that Pakistan mein insaniat naam ki koi cheez he nahin, for Pakistan Tehreek-e-Insaniat (another PTI) only got 98 votes. My salute to those 98 though.

These elections told that what works in India doesn’t work in Pakistan.

After the rise of Aam Adami Party in Dehli, many thought something like that may work here too. But they did not know there was no aam adami (common man) in Pakistan. Everybody here is khaas (special).

These elections have shocked the world that how few humans live in Pakistan, as only 34,246 associated themselves with Pakistan Human Party.

Those who feared (a few) or wished (fewer) there would ever be a revolution in Pakistan, may relax and rest in peace (metaphorically); Pakistani Awami Inqelabi League got 5046 votes only.

I am very satisfied to learn that not many want change or want the system to change. For, Tehreek Tabdili Nizam Pakistan got 4161 votes, and Tabdeeli Pasand Party Pakistan got 3698.

Since tabdeeli had already arrived in Pakistan during PTI’s dharna, no one wants anymore or any different than that tabdeeli in Pakistan now.

A majority of Pakistanis appreciate that sustained suffering of the known hell is better than a promised heaven, and change therein, as it involves their dying to get there.

I am elated to know how much and how deeply we believe in the present, and how happy we are in the now and here (apne haal mein mast) that literally no one trusted Mustaqbil Pakistan Party which got 1053 votes. Future is only an illusion after all, all except these few knew it.

These elections also uncovered the best kept national secret, that ‘the left’ has finally left the country. From now on the political fight and electoral contestation is amongst the right.

Welcome to a new Pakistan, where either you are right, or very right, or extremely right. And, amidst so much right, we wish the fresh Parliament also becomes rightly independent.