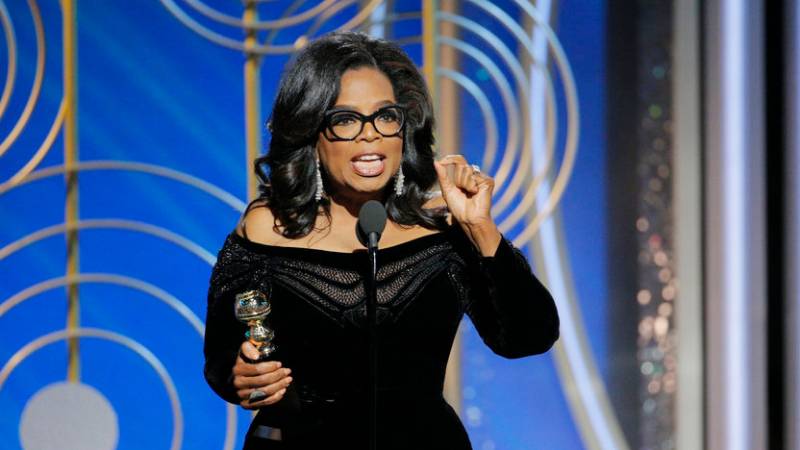 The 2018 Golden Globes brought up a lot of prevalent and systemic issues in the world today like racial inequality and sexual harassment and this increased discourse can be linked to the disgruntled American populace that is dissatisfied with the current political structure including Trump’s reign as President.

However it was Oprah Winfrey’s acceptance speech that brought the audience to their feet as she accepted her Cecil B, DeMille award on Sunday, becoming the first African American women to receive the award.

The media mogul's message came during a ceremony that appreciated the Globes for being the first major award show that addressed rampant sexual harassment against women in the entertainment industry and beyond.

The message was to all, however Oprah said to the young girls watching: "A new day is on the horizon."

“It’s up to the people. She would absolutely do it.”

Further, she and other A list celebrities brought with them activists for gender based violence and racial injustice such as #MeToo founder, Tarana burke who started the worldwide hashtag movement that urged women to speak up against sexual harassment and abuse.

“Speaking your truth is the most powerful tool we all have.”

This year's ceremony was one of the most political yet and saw the red carpet awash with A-list actresses wearing black.

Furthermore she added,: "So I want tonight to express gratitude to all the women who have endured years of abuse and assault because they, like my mother, had children to feed and bills to pay and dreams to pursue," she said. "They're the women whose names we'll never know."

Here is a look at the stirring speech;