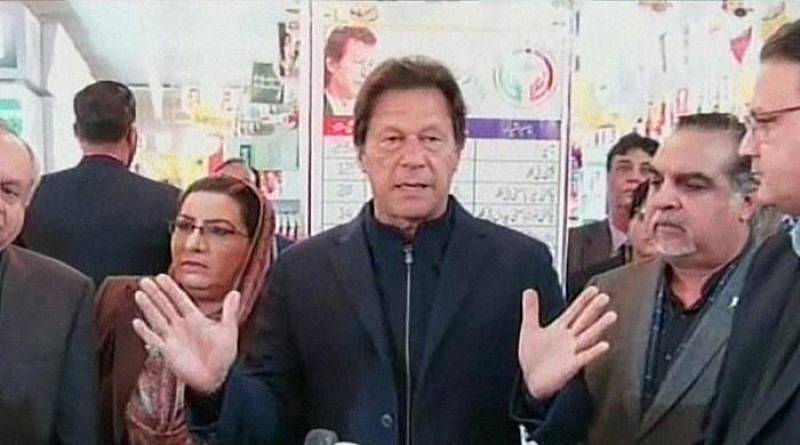 ISLAMABAD - Prime Minister Imran Khan Wednesday said that the government would soon announce a Ration Card scheme as well for the poor people who are facing seven-year high inflation.

He expressed these views during his visit to USC outlet here at G-9 Markaz where he launched the relief package. He added that the consumers with the card would be able to get worth Rs. 3000 basic commodities per month from the Utility Stores outlets.

The premier further said that the government’s relief package of Rs. 7 billion was aimed at providing basic food items and commodities to salaried and low and middle income groups at subsidized rates through the country’s 4000 outlets of the Utility Stores Corporation (USC).

He said that the relief package was not only aimed at ensuring the provision of basic commodities including wheat flour, sugar, Ghee, rice and pulses, to the low

in the open market.

He highlighted that the wheat flour, being provided to people at USC outlets at subsidized rates of around Rs. 800 per 20-kg bag, was of high quality and had all the nutritional ingredients, required for good health.

The Prime Minister mentioned that high prices of edible oil in the country were due to its higher rates in the international market, adding, the government was, however, striving to enhance its local produce by encouraging the sunflower and canola growers.

Similarly, he added that the government was also striving to boost the cultivation of pulses in the country to check worth $ 1.5 billion annual imports of pulses.

To a question, the Prime Minister said that one of main reasons behind inflation and high prices was the role of middlemen who were making profits at the cost of consumers and growers.

He said that the provision of basic commodities at USC outlets at cheaper rates will also help regulate the prices in open market.

To another question, the Prime Minister said that the government had provided

Rs. 7 billion for the relief package and if required, more funds would be allocated to subsidize the basic commodities.

He said that after achieving economic stabilization in the year 2019, the government would now focus on job creation, industrialization and growth in the year 2020.

Earlier, the prime minister took round of the USC outlet and was briefed by Chairman USC Zulqarnain Ali Khan and Managing Director Umar Lodhi about the relief package, stock position of essential commodities and availability at USC outlets throughout Pakistan as well as the employment of technology to ensure that the subsidy provided by the government reached to the target population.