COLOMBO (Web Desk) – The Sri Lankan police have arrested a Supreme Court judge who is accused of sexually assaulting a 30-year-old woman.

Sarath de Abrew was arrested following investigations into a complaint that he tried to force a 39-year-old woman to have sex with him in Mount Lavinia and beat her up when she refused, a police official said.

The judge, who is in his 60s, was taken before a magistrate who ordered his release on personal bail of half a million rupees, a French news agency reported.

The case came to light when the victim went to the Kalubovila hospital for treatment. She had also been assaulted with a pistol.

"The woman had been stripped by the suspect. He had the intent to rape her, but his body let him down and that saved the woman," a police source said.

Abrew was made a supreme court judge by former president Mahinda Rajapakse in May 2014 a year after he was accused of abusing other colleagues at the Bangalore airport while returning home from a judges' conference. 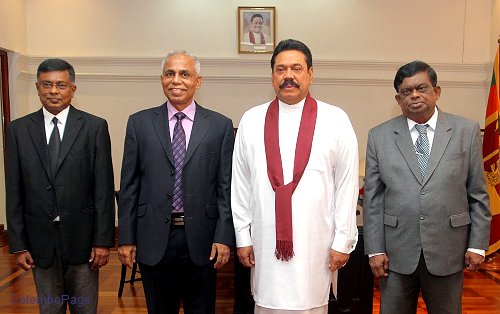 In 2011, he was also suspended from the bench of the court of appeal following a similar allegation of sexual assault.

Legal sources say it was the first time in Sri Lanka's legal history that a Supreme Court was arrested and was being prosecuted as a sex offender.

Supreme court judges can only be removed through a complicated impeachment process in parliament. Sri Lanka's parliament was dissolved last month ahead of elections in August.