One nation under fat: American women found to be fatter than men for the first time 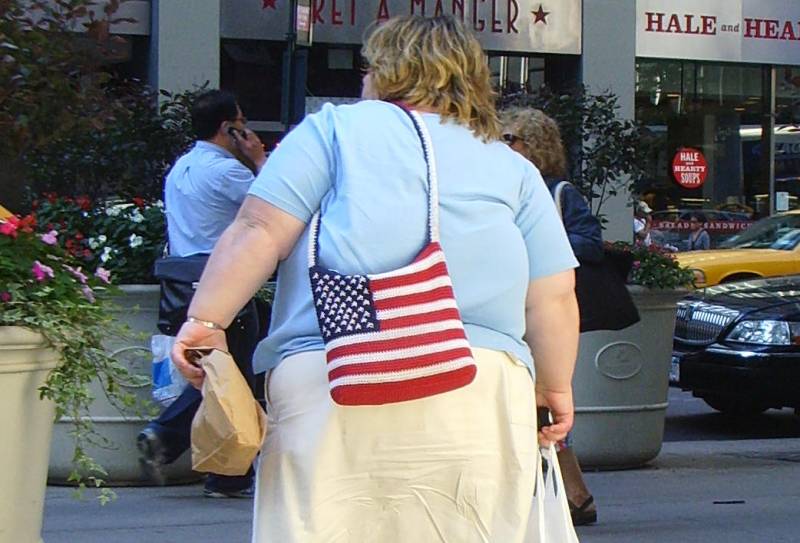 WASHINGTON (Web Desk) - Obesity has long been a problem among Americans, however, the latest figures which suggest that over four in 10 women are obese, have once again brought this problem to forefront.

According to the Center for Disease Control and Prevention's report published in the Journal of the American Medical Association, the rate of obesity among women was surging past that of men.

About 35% of American men were classified as obese by the report, whereas a whopping 40% of American women were found to be overweight.

An in-depth segregation of data based on races showed that over 57% of black women were obese, as compared to 47% Hispanic women, 38% White women and 12% Asian women.

Meanwhile, men of all races and colors have obesity levels ranging between 35 and 38 percent.

Worldwide obesity rates are also higher among women instead of men. According to the World Health Organisation (WHO), about 15% of women and 11% of men are obese around the world.

Dana Hunnes, who works as a dietitian at Ronald Reagan UCLA Medical Center in Los Angeles, considers the latest trends really alarming. “I don’t know if anyone truly knows for sure," she said, referring to the fact that the cause of this rise in female obesity is unknown.

Obesity is believed to be one of the world's major diseases as it can trigger other health problems such as diabetes and some cardiac ailments.