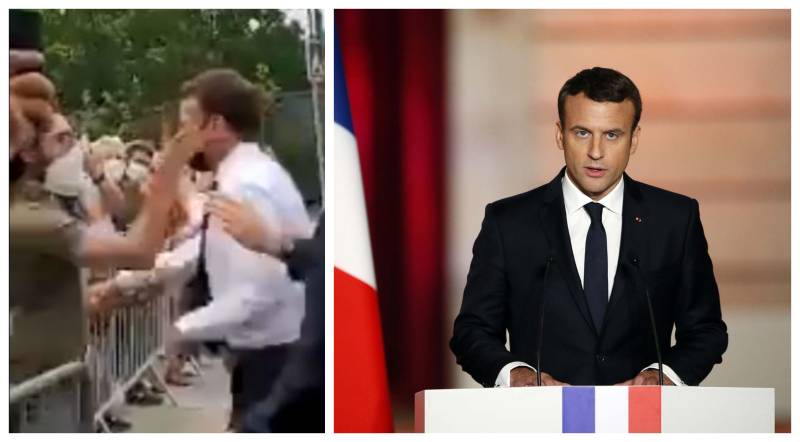 French President Emmanuel Macron was slapped in the face by a man during an official visit to the southeast of France.

A video circulating on social media shows the president is walking up to a barrier on a visit to Tain-l'Hermitage outside the city of Valence when a man slaps him the face.

Police have arrested two men after the incident, said the international media.

As the president is slapped, the words "Down with Macron-ism" are shouted.