Boney Kapoor set to make a documentary on Sridevi's life 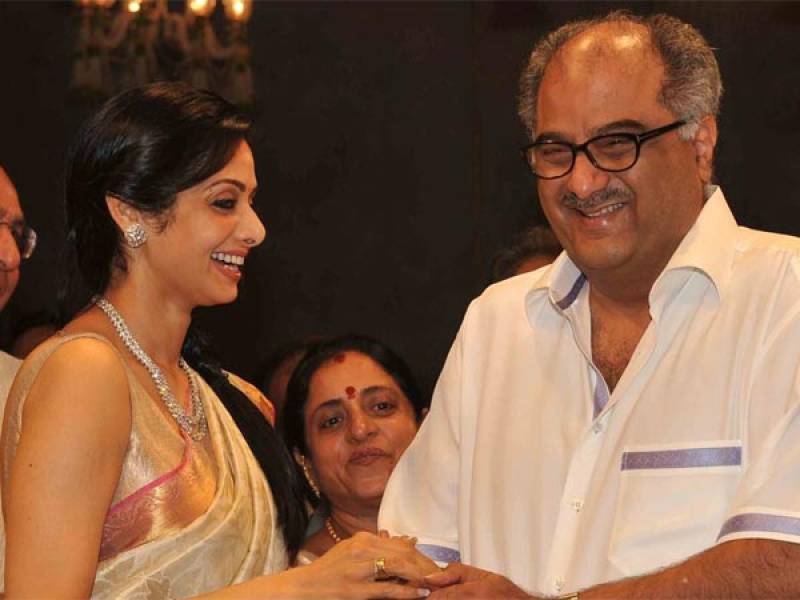 The sad and untimely demise of Sridevi Kapoor was a sad ordeal for her fans all around the world.

Celebrities across Bollywood paid tribute to the legendary talent that she possessed, but now according to a leading news publication, her husband is planning to make a documentary to celebrate her life!

The 54 year old veteran actress passed away on February 24 due to an accidental drowning in Dubai and left behind a grieving family: her producer husband, Boney Kapoor and her two daughters, Janhvi Kapoor and Khushi Kapoor.

The documentary in question is reportedly a collaboration of Boney with Shekhar Kapur, director of Mr. India, who will lead the documentary.

According to a source, Mr. Kapur is reported to have said, “It will be a one-stop visual legacy on her life and cinema, with the rarest of rare footage and voices of everyone who mattered in her life." He further added that the various conspiracy theories set into motion following Sridevi's death have disturbed Boney a lot who claims theirs was a perfect marriage and they were very happy together.

Earlier in a very stirring letter to his late wife, Boney Kapoor had the following to say, "Losing a friend, wife and mother of your two young daughters is a loss inexplicable in words. I would like to express my sincere gratitude to my family, friends, colleagues and well-wishers and all of you countless fans of my Sridevi who have stood by us like rocks. I am blessed to have the support and love of Arjun and Anshula, who have been such pillars of strength for myself, Khushi and Janhvi. Together, as a family, we have tried to face this unbearable loss.”