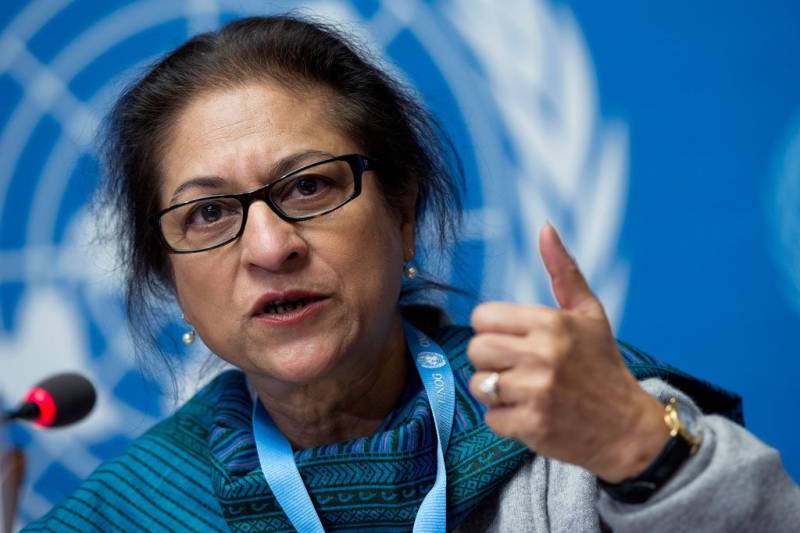 ISLAMABAD - The British High Commission has announced a new annual scholarship in the name of late rights advocate Asma Jahangir, said an official statement on Thursday.

Jahangir, one of Pakistan’s most prominent rights activists, had passed away in a Lahore hospital on February 11.

After a rigorous selection process, the scholarship will be awarded to the best female Chevening candidate each year. The recipient of the inaugural award will be announced in August, when the 2018 Chevening Scholars have been selected, the Commission said in a statement.

Chevening scholarships are awarded to the outstanding emerging leaders to pursue a one-year Masters programme at any UK university.

The scholarship programme gives the opportunity to future leaders, influencers, and decision-makers from across the world to develop professionally and academically. It helps them build networks, to experience the UK culture, and to form lasting positive relationships with the UK, said the press statement.

In 2017, Chevening sent 63 Pakistanis, including 23 women, to top universities across the UK.

The British High Commissioner Thomas Drew announced the scholarships and addressed the ceremony. “I am delighted to announce that Asma Jahangir’s family has agreed to the creation of a scholarship in her name as part of our prestigious Chevening Programme. It is particularly appropriate to be able to announce the award, which will each year go to the top female Chevening candidate, on International Women’s Day,” he said.

“For decades, Asma Jahangir was a courageous defender of Pakistan’s most vulnerable citizens. She was also a powerful advocate for the rights of women. This scholarship honours her achievements.”

The British HC further said, “Women across Pakistan, as they are around the world, are underrepresented in politics, in leadership positions and across society. We hope that this scholarship inspires future generations of Pakistani women by giving them a platform to realise their potential – helping, in turn, realise the great potential of their country. As the founder of the country, Mohammed Ali Jinnah, said 'no nation can rise to the height of glory unless your women are side by side with you'”.

The Chevening alumni consist of over 1,600 professionals including senior journalists, civil servants, politicians and other members of society from all walks of life.