Twitterverse honours women throughout the world on International Women's Day 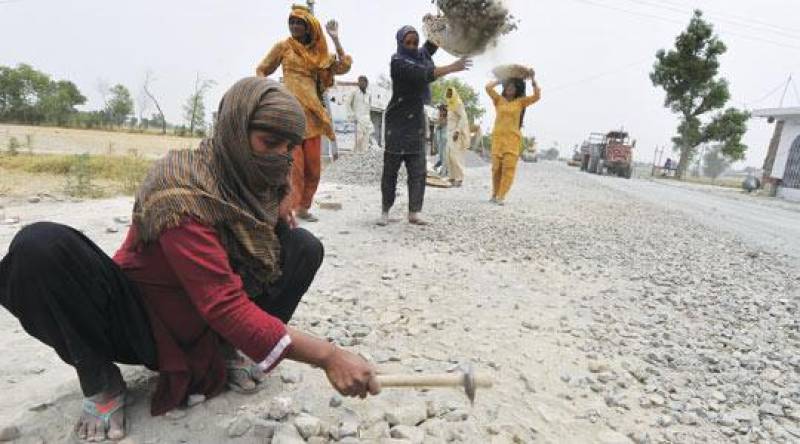 LAHORE - To honour powerful women around the world and commemrate the movement of women's right, the world is celebrating International Women's Day today (Thursday; March 8).

The day (March 8) for celebrating this powerful day for all the powerful women was suggested by International Women’s Conference  in 1910. Celebrities, politicians, organisations of every stature have shared their thoughts on Twitter.

Here are some of the most notable ones, starting with Government of Pakistan's tribute to women.

Govt of Pakistan wishes International Women’s Day.
The best time to honor the extraordinary efforts of women who have been struggling hard since ever. This day signifies the victory of light over darkness, knowledge over ignorance, and hope over despair.#InternationalWomensDay pic.twitter.com/PYsUiMcHpL

Let us not forget the ordinary women who strive to make ends meet everyday. They are the real heroes.

Need some #MondayMotivation ahead of Int'l #WomensDay? Check out some of our Goodwill Ambassadors speaking up for gender equality!#TimeIsNow to join them: https://t.co/w0kSvO7v1v #IWD2018 @EmmaWatson @FarOutAkhtar pic.twitter.com/Hl1VY7cVlM

Happy International #WomensDay! #TimeIsNow to support each other, believe in each other & encourage each other to speak up for rights & gender equality! https://t.co/Non0GlY9S5 #IWD2018 pic.twitter.com/kJJ0zBF1Oy

Today we celebrate the services, and contributions of our women that they are making for the development of Pakistan. Their struggles & stories are a source of inspiration. They are the linchpin of progress the country has made over the last seven decades. #InternationalWomensDay

With women leading from the front! #PPP #AllAboutEmpoweringWomen #InternationalWomensDay https://t.co/4HIp4mCv0B

Saluting women everywhere and praying for those suffering repression, the trials and tribulations of war, disease and misogyny. We are resilient mothers, daughters, wives & so much more.

A daughter is not a burden.

Please look around us- see how girls are bringing pride and glory for our nation. They are excelling in several fields: PM @narendramodi #NariShakti4NewIndia

Organisations of all statures also shared their messages, as well as media personalities.

Meet the members of the Gender Equality Advisory Council who will advise Canada’s #G7 Presidency on #GenderEquality and #womensempowerment. pic.twitter.com/WZuIpF84xh

We've got the most badass women on the planet! Fact! #PressForProgress #InternationalWomensDay pic.twitter.com/LzLkuc6VbE

Every step makes a difference when you believe in something strongly and do your bit. It might not show immediately but the results do create a ripple and an impact. To all the women fighting for what they believe in, don't give up !! Happy #WomensDay 💖✨🌸

Power to all the women who have come through times of adversity and become a symbol of hope and fervor for others.