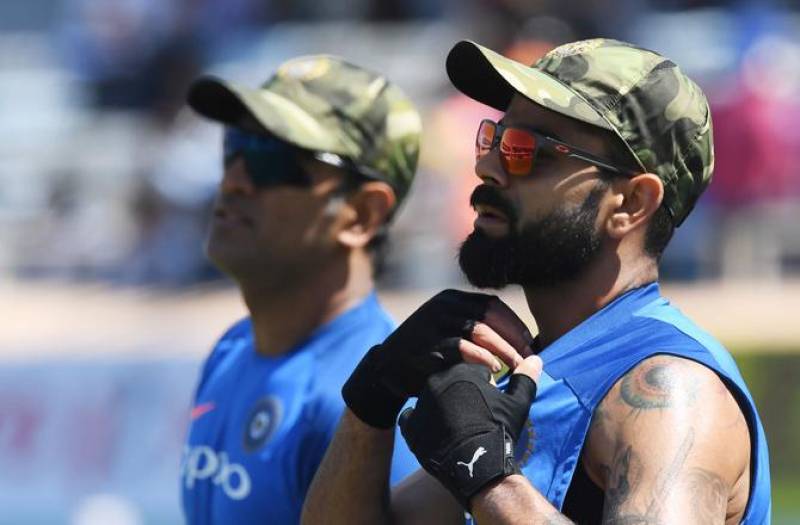 ISLAMABAD - Federal Minister for Information and Broadcasting Chaudhry Fawad Hussain Friday expressed the hope that the International Cricket Council (ICC) would take action against India for politicizing the gentleman's game of cricket by distributing army camouflage caps among its players for the match.

In a Tweet, the minister asked Pakistan Cricket Board to formally lodge a protest with the ICC on the matter.

Criticizing India for politicizing the sport of cricket, he said that wearing the army camouflage caps by Indian players was absolutely not the game of cricket.

He said if the Indian team was not stopped, Pakistani cricket team should wear black bands to inform the world about the Indian atrocities being committed against Kashmiris in the occupied Kashmir.

Indian cricket team expressed solidarity with their armed forces by wearing the army camouflage caps, however, they lost the third One Day International (ODI) against Australia.

Tension between Pakistan and India escalated after the Pulwama attack in which over 40 soldiers were left dead. India pinned blame on Pakistan without any evidence, however, Pakistan denied the allegations altogether.

Pakistan also shot down two Indian fighter jets after they entered its airspace. Indian wing commander was also captured by Pakistan, however, as a gesture of peace, Pakistan released it last week.

Pakistan and Indian are set to take on each other in the upcoming Cricket World Cup for which Indian Cricket Board is mulling to boycott the encounter, however, sports analysts believe that the boycott would hurt India more than Pakistan.