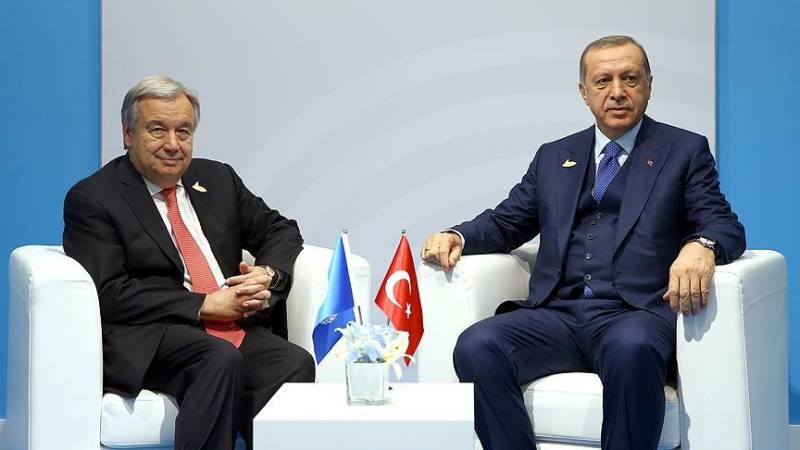 ANKARA - The president of Turkey, Recep Tayyip Erdoğan and U.N. Secretary-General, Antonio Guterres spoke over the phone on Friday to discuss recent developments at India-Pakistan border, said the Directorate of Communications of Turkish Presidency.

The communication took place amid hostility between the South Asian neighbours who came to the brink of war last week with aerial combats in which Pakistan emerged as a superior power.

Tensions between the two nuclear-armed rivals escalated after the Pulwama suicide attack in which over 40 Indian soldiers were left dead in Indian-occupied Kashmir last month.

India pinned blame on Pakistan of being involved in the attack, however, Islamabad denied the charge and asked for a piece of credible evidence.

Recep Tayyip Erdoğan and UN chief also discussed the latest situation in Syria, said the statement from the presidency.

Recep Tayyip Erdoğan had lauded the role played by Pakistan in the recent tension as Prime Minister Imran Khan released the captured Indian pilot Abhinandan as a gesture of peace.

Pakistani premier earned widespread praise on a global level as he called for de-escalation and negotiation instead of initiating any war.

Erdogan is slated to visit Pakistan this month as well.