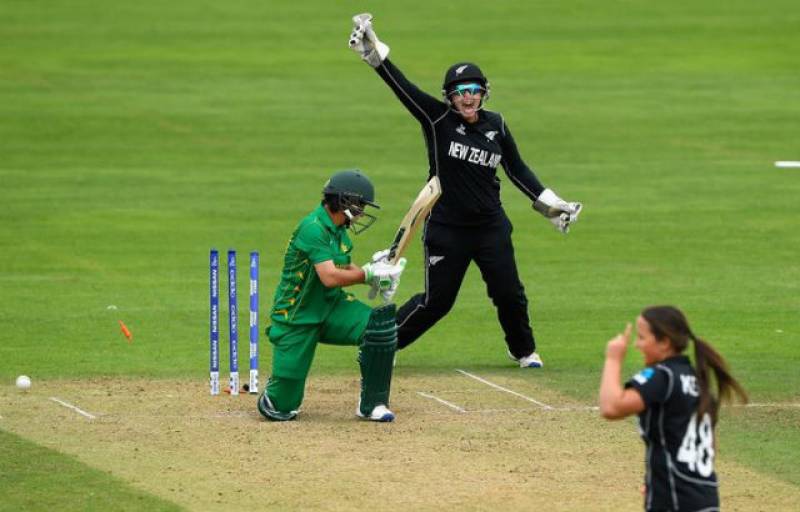 Pakistan won the toss and fielded first at the Sharjah Cricket Association Stadium but, despite the spinners sharing five wickets between them, New Zealand dragged its total to 147 for 8.

Ayesha Zafar and Nahida Khan put on 44 for the opening wicket to get Pakistan off to a strong start but Devine, buoyed by her performance with the bat, got rid of both in the space of six balls.

Nahida top-scored with 34 off 25 before she was run out by Devine while Zafar, who ate up 18 balls for her nine runs, popped a catch to Suzie Bates.

From 47 for 2, Bismah Maroof, the captain, and Javeria Khan doubled the score, but the former’s departure for 25 derailed the chase. New Zealand’s fielding also stood out - Anna Peterson ran out Javeria for 27, while Amelia Kerr and Leigh Kasperek combined to catch Sana Mir short of her crease - as Pakistan finished on 132 for 7 in 20 overs.

Earlier, New Zealand lost Bates off the second ball of the first over but made up for that blip with a 68-run partnership between Devine and Katie Perkins.

Devine hit three fours and two sixes in her knock of 41 for 29 before Sadia Yousuf had her caught by Javeria, the first of her three wickets.

Perkins then fell for 26 and Amy Sattherwaite couldn’t get going either, but Martin, coming in at No. 5, grabbed the opportunity with both hands.

She slammed four fours and one six in a 27-ball 46, batting till the final over and ensuring that New Zealand had a total it could defend.

The teams meet again on Thursday at the same venue for the second of four T20Is.