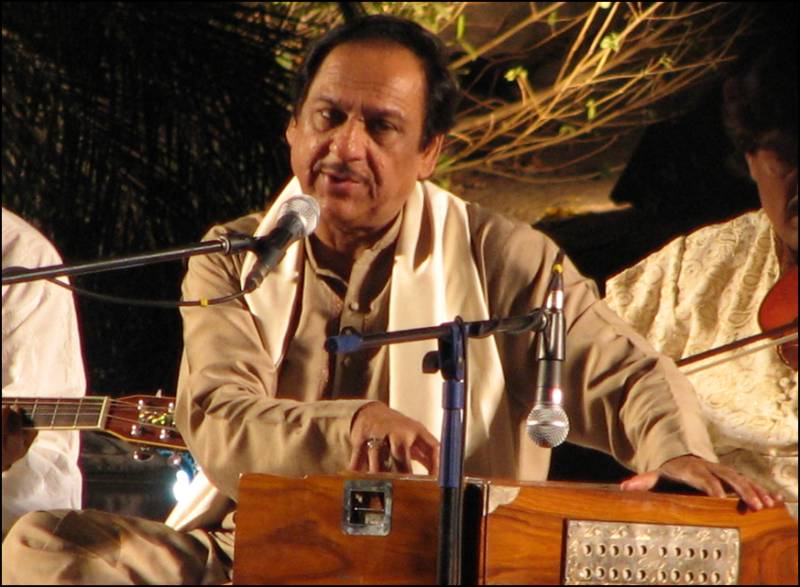 After this, the Delhi government today invited Pakistani singer Ghulam Ali to perform in the national capital after his concert in Mumbai was cancelled due to Shiv Sena protests, saying "music has no boundaries".

"Sad that #GhulamAli is not being allowed in Mumbai, I invite him to come to Delhi and do the concert. Music has no boundaries. #BanTheBan (sic)," he wrote on Twitter.

Mr Ali's concert in Mumbai was cancelled yesterday after Shiv Sena threatened to disrupt it, warning that no artiste from that country will be allowed to perform in the city till terror emanating from across the border is stopped.

Organisers of the event had announced the cancellation after a meeting with Shiv Sena president Uddhav Thackeray.

The decision was taken despite a snub to Sena by Maharashtra Chief Minister Devendra Fadnavis who said adequate protection would be provided to Mr Ali and that the concert, organised in memory of late ghazal singer Jagjit Singh, would be held according to schedule.

"Ghulam Ali's programme has been cancelled. Neither Ghulam Ali nor any Pakistani artiste will be performing at the October 9 event," organiser Randhir Roy had said.

A source close to Uddhav Thackeray had told news agency PTI that the Sena president asked the organisers to refrain from having any Pakistani artiste perform at such programmes.

Reacting to the development, Mr Ali had said the concert was not cancelled from his end. "Atmosphere is not conducive for me to perform," he had said, adding, he wants Indo-Pak ties to improve.

He further said that whenever his fans call him with love, he goes and performs.

"Such controversies spoil people's 'sur' (note). I am not angry, I am hurt. In love, such things don't happen," he had said.

Describing Jagjit Singh as his "good brother", Mr Ali said wherever they met and performed, "we were one".

Justifying the cancellation, Mr Roy had said, "Since the situation on the border is not conducive, it is not correct to call and promote any Pakistani singer".