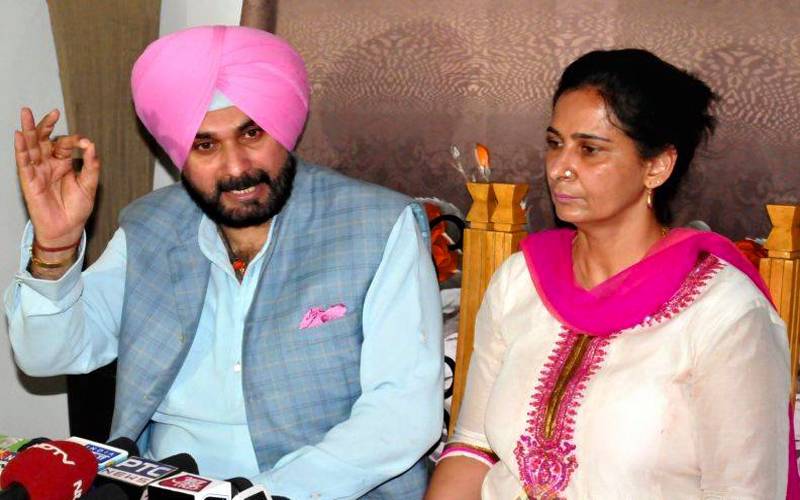 Navjot Kaur Sidhu, a BJP legislator from Punjab, sent a one-line resignation to the party president at the Punjab BJP headquarters.

According to Indian media, the party has accepted her resignation.

Her husband Navjot Singh had resigned as a nominated member of the Rajya Sabha in July 2016 and formally quit the BJP earlier this month.

He launched a forum called the Awaaz-e-Punjab. He was also in talks to join the Aam Aadmi Party (APP) but Mr Sidhu said they had fallen through because AAP chief Arvind Kejriwal wants "only yes men."

Mr Sidhu said the Delhi chief minister had asked him not to contest the Punjab elections, offering to make his wife a minister instead if AAP won in Punjab.

Mr Sidhu had also turned down an invitation from the Congress to join that party.

However, he recently abandoned the idea of following through with a new political party to contest the Punjab elections, leading to speculation about a renewal of negotiations with AAP.

Mr Sidhu had said he is inviting parties to ally with his forum, which he emphasized is not political, "for the betterment of Punjab".