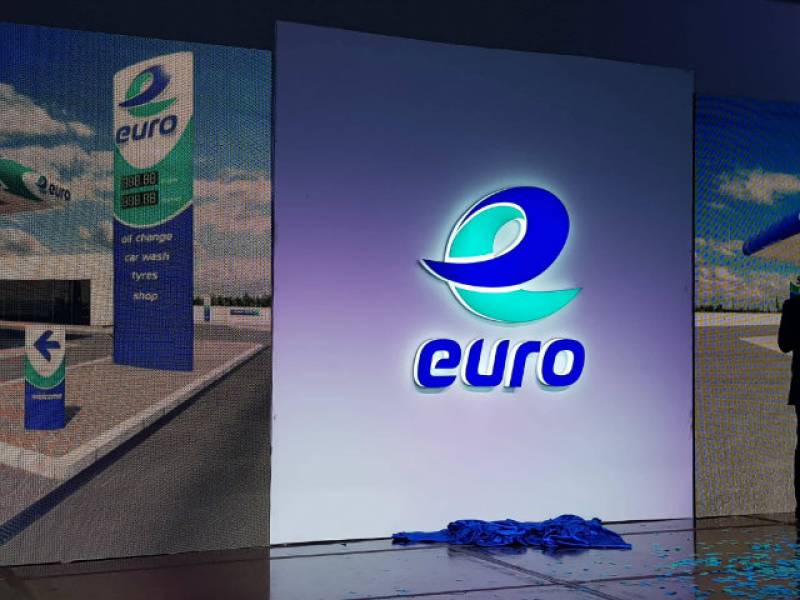 LAHORE - Euro Oil , a new oil marketing company venturing into the Pakistani market, unveiled its logo and pump design in a graceful event in Punjab 's capital city on Saturday.

The company, which is working on all China Pakistan Economic Corridor (CPEC) projects, announced that it will open 300 retail stations in Pakistan over the next three years, as well as stand-alone lubricant stations in collaboration with Gazprom , one of the world’s largest oil companies. 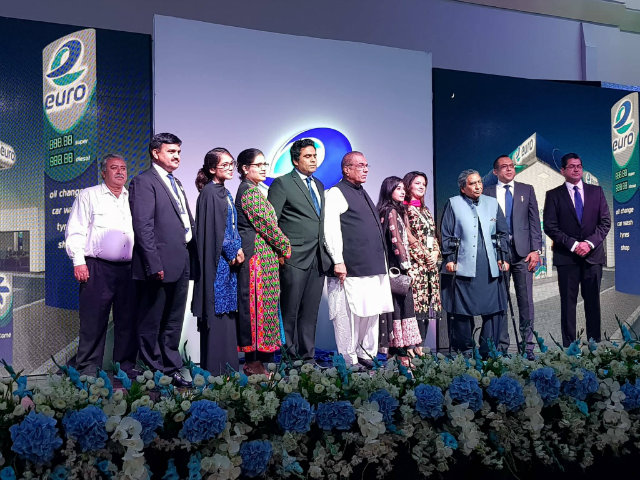 Eleven years ago, Euro Oil had started an oil distribution company Fuel Tech which will now be merged into its parent company.

Sohail Ahmad, while addressing the ceremony, elaborated on the future plans of the company and informed the audience of foreign investment Euro Oil is bringing to the Pakistan oil industry.

“Euro Oil will introduce new standards of customer service and quality in the market and will invest aggressively to achieve the target of 300 fuel stations in next three years,” the COO added.

He said the logo and design of the company is among the most innovative and modern in the industry and thousands of new jobs will be created in the years to come. “The joint venture with Gazprom to market lubricants and open lubricant centers across Pakistan are evidence enough of large untapped potential of Pakistan oil market.”

He added that a state of the art storage facility of more than 10 million liters is near completion in Sahiwal and two new storage facilities in Lahore and Khyber Pakhtunkhwa will be completed next year.

Habib Ahmad showed optimism that such ventures will bring Pakistan and Russia closer to each other and will pave the way of further investment by Russian companies in Pakistan market.

During the event, a video message of David Davis , the British artist who designed the logo, was played on the screens. Mr Davis shared he created the logo after doing a lot of research on Pakistani market.