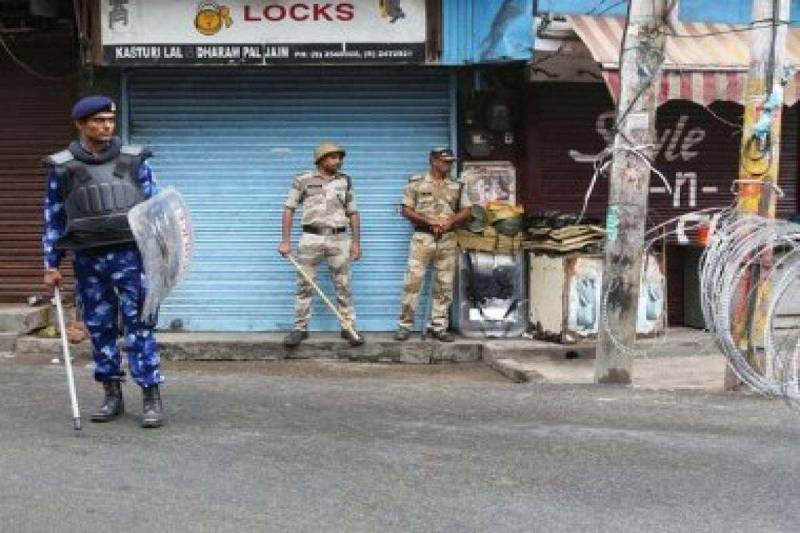 SRINAGAR – Indian troops in their fresh act of state terrorism have killed a youth in Pulwama district of occupied Kashmir, the Kashmir Media Service reported on Tuesday.

The youth was killed by the troops during a cordon and search operation in Awantipora area of the district. Violent military operations are going on in Ganderbal, Bandipore, Kupwara, Baramulla, Srinagar, Islamabad, Kulgam, Shopian, Ramban, Doda, Kishtwar and other areas of the territory for the past two weeks.

Meanwhile, life remains badly hit in the Kashmir valley and Muslim majority areas of Jammu region on the 65th consecutive day, with reports of night raids, arrests of young boys and multiple deaths amid the ongoing military clampdown coupled with communications blackout. The people in the territory are facing shortages of essential commodities as main markets continue to remain shut and public transport off the roads.

BEIJING – Chief of Army Staff General Qamar Javed Bajwa says Pakistan looks forward to peace but that shall not be at ...

India-based online news portal, NewsClickin, has made a scathing attack on Indian Supreme Court over its silence, inaction and indifference to a number of petitions challenging the abrogation of Article 370. The web portal cited UN experts that the blackout is a form of collective punishment of the people of Jammu and Kashmir and remarked the concerns raised by the experts had failed to awaken the constitutional conscience of the Supreme Court. It is worth mentioning here that the Indian top court had adjourned the hearings on these petitions until November 14.

After the abrogation of Article 370 and bifurcation of Jammu and Kashmir into two union territories, the Bharatiya Janata Party government is conspiring to pave the way for a Hindu chief minister through gerrymandering in the name of delimitation. BJP Kashmir chief, Ravinder Raina in a media interview in Jammu said the party is hopeful of getting its ‘first Chief Minister’ after the planned delimitation of the Assembly constituencies.

In Washington, the US Foreign Affairs Committee has said that the communications shutdown is having a devastating impact on Kashmiris and called for lifting of the restrictions. The committee in its official statement on Twitter cited the death of 22-year-old Amir Farooq Dar after being bitten by a snake and said that he died because his family could not get him anti-venom in time due to severe lockdown.

In another shocking development, Ravinder Raina, the Kashmir chief of the ruling Bharatiya Janata Party (BJP), told the media that they are trying to get their first Chief Minister in Jammu and Kashmir following abrogation of Article 370 and planned delimitation of Assembly constituencies.