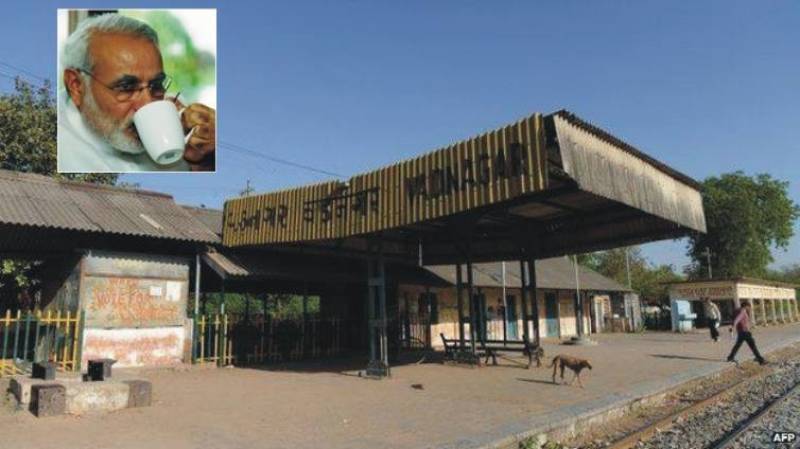 VADNAGAR (Web Desk) - A private tour operator in India plans to lay on daily bus trips to the town where PM Narendra Modi was born and worked at his father's tea stall.

The day-long tour of Vadnagar in western Gujarat state has run once a week since starting in February and has proved a big draw with visitors.

The operator expects tens of thousands to sign up for the tour this summer.

Modi was Gujarat chief minister for more than a decade before his landslide general election win last year.

The tour of the BJP leader's birthplace includes visits to the street where he once lived, his former school, the railway station where he sold tea and a local lake where, according to reports, he once "caught a baby crocodile".

"Some 10,000 people have been on this tour since it began earlier this year. People are most excited about the trip to the railway station where Mr Modi once sold tea. They take a lot of pictures there. This summer, we expect some 40,000 people to sign up for the tour," Sharma said.

Buoyed by the demand, Sharma decided to make the tour daily, transporting tourists from the main city of Ahmedabad, some 99km (62 miles) away.

The BJP government in Gujarat is "promoting" the private tour, chief of the state tourism corporation Sanjay Kaul said.

Vadnagar shot into the limelight after Modi became the chief minister of Gujarat in 2001 - Bollywood films have even been shot there.

However, correspondents say that many believe a cult of personality is growing around Modi.

Earlier this year his fans scrapped plans to open a temple in Gujarat dedicated to him after Modi said he was "appalled" by the idea.

The Hindu temple, with an idol of the prime minister, was to open in Kotharia village in February.

Critics had attacked Modi when it was revealed the suit was decorated with pinstripes spelling out his name.