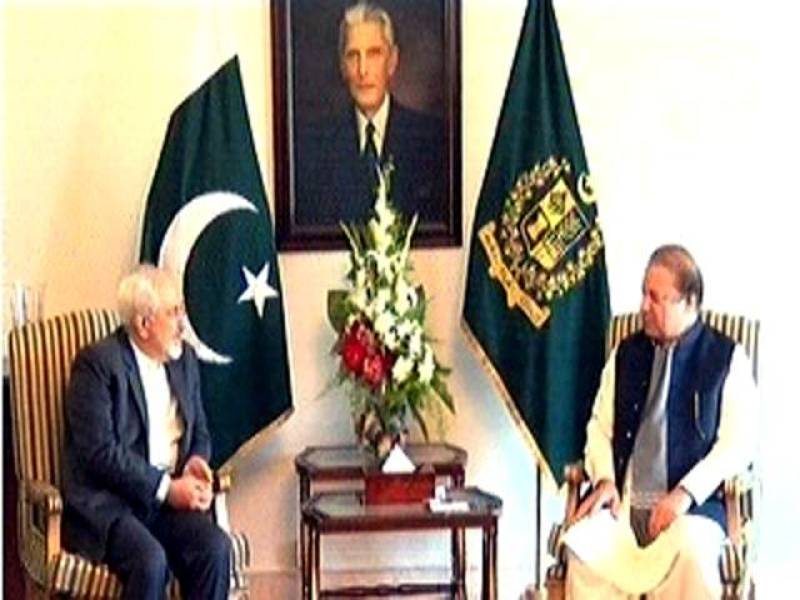 As per reports, both sides discussed bilateral relations between the two countries and the Middle East situation, particularly the Yemen conflict.

Talking to Zarif, Prime Minister Nawaz Sharif called for an urgent resolution of the crisis in Yemen through diplomacy and dialogue.

Zarif, who is on a two-day visit to Pakistan, is expected to meet Chief of Army Staff General Raheel Sharif later today.

On Wednesday, Zarif rejected Saudi Arabia’s claims that his country was backing the Houthi rebels for establishing a pro-Iran state saying “fighting will not resolve this problem”.

Speaking at a joint press conference with Pakistan’s top diplomat on foreign affairs Sartaj Aziz, he said: “We are not bombarding anyone… our planes are not there hitting hospitals and bridges and flour factories.”

Saudi Arabia has vowed to bomb the rebels into surrender to prevent them establishing a pro-Iran state on its doorstep.

Aziz, on the occasion, said that after three days of discussions at the joint session of Parliament there was a “broad consensus” among lawmakers that Pakistani involvement in the war in Yemen “would not be advisable”.