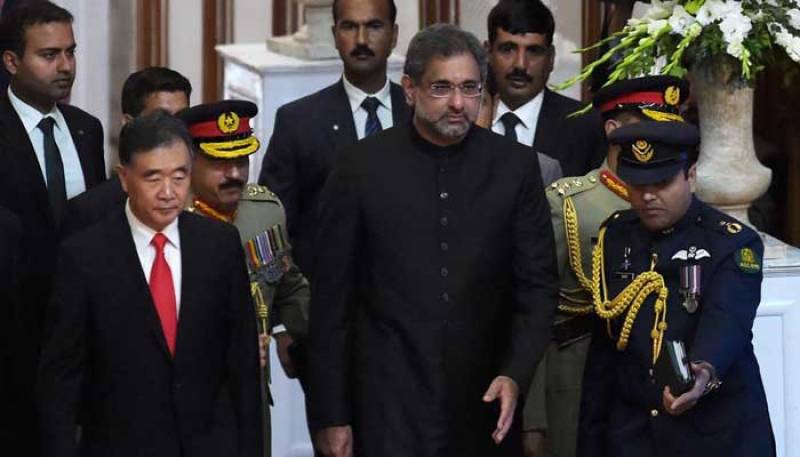 The MoU was signed in a simple ceremony held in Sanya, a City on the southern end of China’s Hainan Island.

The North-South gas pipeline would serve as a secure and continuous supply of affordable gas in areas currently showing increased demand for power generation and industrial use.

The prime minister also witnessed the signing of another MoU between Pakistan State Oil (PSO) and Power China for construction of up-country deep conversion oil refinery and laying of a crude oil pipeline.

This project will help in reducing costs of petroleum products currently being transported via road from refineries in southern parts and also ensure uninterrupted supply.

The prime minister is in China to lead the Pakistan delegation at Boao Forum Annual Conference for Asia to be held in Boao (Hainan), China from April 8-10, 2018.

The main theme of the Boao Forum Conference is “An Open and Innovative Asia for a World of greater Prosperity”.

Prime Minister Shahid Khaqan Abbasi in an interview with China Global Television Network said that Belt and Road Initiative (BRI) of China is a message of progress and peace to the world.

He expressed the confidence that China-Pakistan Economic Corridor (CPEC) would equally benefit the two countries.

He said CPEC would accelerate the pace of economic development in Pakistan.

The prime minister will also hold bilateral meetings with Chinese and other world leaders on the sidelines of the BOAO Forum Annual Conference.