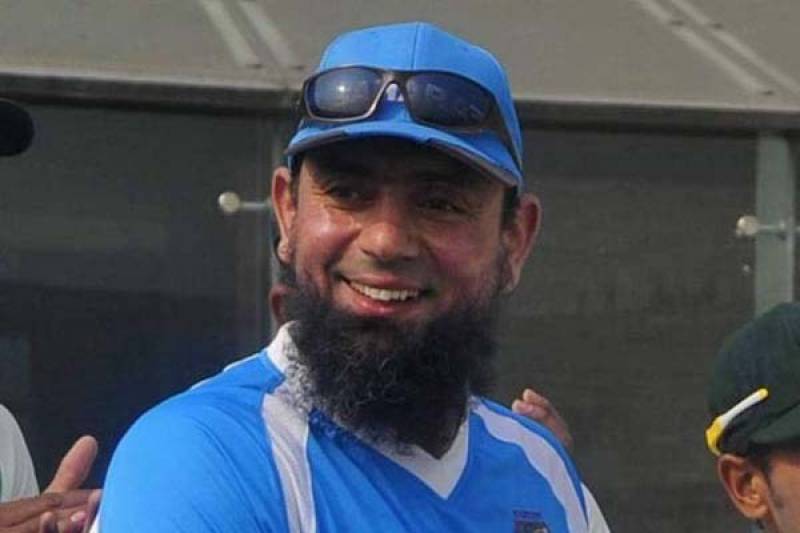 ISLAMABAD - Former cricketer Saqlain Mushtaq has asked Pakistan Cricket Board (PCB) to avail expertise of erstwhile super star batting legend Younis Khan by involving him in some sort of responsibility.

“The PCB should involve such a person, who has so much self-confidence and resilience,” he said while appearing on his YouTube channel.

“Everybody praised his work ethics and work discipline. He is hardworking and wants [to produce] results. He wants to do something. He wants to win. I think the PCB should involve him so that he can transfer all this [his skills] to the coming generation,” added Saqlain, who is regarded as one of the best spin bowlers in the history of cricket.

The 43-year-old, who picked up 208 wickets in 49 Tests and 288 wickets in 169 One Dday Internationals for Pakistan, recalled the time when Younis Khan made debut against Sri Lanka in 2000, scoring a scintillating hundred.

He said after showing outstanding performance in the domestic cricket in 2000, Younis was included in Pakistan squad for the series against the visiting Sri Lankan team.

“I was made captain of President XII for a side match against the visitors. Younis’ name was also in the list of the players for that match,” he said while recollecting how President XII suffered defeat in that match due to bad weather conditions.

He said that on the request of the then Sri Lankan captain Sanath Jayasuria another side match was arranged between the two teams ahead of the Test series to give much needed practice to players.

“Sri Lanka batted first and probably they scored around 160 to 170 runs in that match.

“Younis was outstanding in the field in that match. The way he was running in the ground was also amazing. I was surprised to see the confidence of this novice player.”

Saqlain said that he deputed Younis to field near the boundary when he (Younis) asked for that. He took two captivating catches besides running out a batsman on a direct throw from there (boundary). I was compelled to think that this chap has something very special about him.”

But the former off-spinner said that he wanted to see whether the confidence and resilience which Younis was displaying in the field would also be visible when he would bat.

“When [during our batting] we needed around 80 to 85 in last 10 to 12 overs, I saw Younis walking around [anxiously] in the dressing room.

“Sitting in one corner [of the dressing room] I was trying to note what the young players, who were given chance in that match are doing.

Younis came to me and while tapping on my shoulder said, Captain! Send me [for batting]. I will win this match for my team In Shaa Allah. I told him that things are going on quite well and I’ll see later. But after one over, he again came to me [with the same request]. I saw him from head to toe; his confidence and self-belief was amazing.

“When our next wicket fell, Younis went to the ground. And there he was, stirring the ground. His running between the wickets, the technique to play within gaps and hitting boundaries and sixes when needed was breathtaking. Pakistan won that match courtesy to Younis Khan, who returned unbeaten.

The fire within him to win and the spirit not to give up surprised me a lot.

“After we won the match, Sanath Jayasuria came to me and said: buddy who is this boy?

“I told him I also don’t know him much as I missed this domestic season due to national team’s engagements. But I told him that he is here due to his performance in the domestic cricket.

Jayasuria was also impressed with Younis’ confidence and batting style. He also remarked that this boy is someone very special.”

Saqlain said that when after the side matches, the concerned PCB officials sought his opinion about the new players he was not hesitant to present Younis Khan’s name. “I told them there is only one boy, who has impressed me and that is Younis Khan.

“I didn’t want to say that he was included in Pakistan team only on my recommendations. It was his hard work, skills, confidence and self-belief that earned him a place in the national team.

“The selectors included him in the squad against Sri Lanka. He hit 100 in his debut and from there he never looked back. He kept on piling runs. And wherever, he went he played cricket within his own style.

“I pray for him….. May he live a long happy life. I wish he keep on bringing laurels for Pakistan,” the pioneer of ‘doosra’ in off-spin bowling wished for the batting great.