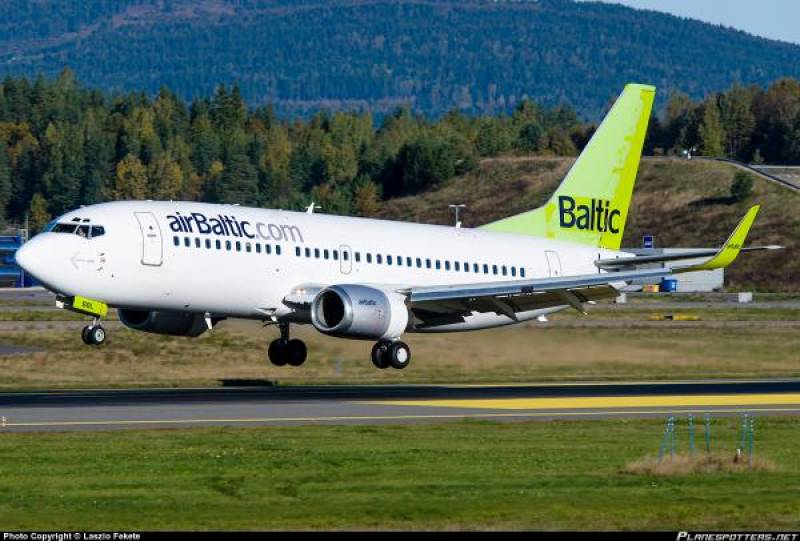 According to the report not only the captain but also the first officer and two flight attendants recorded more than the 0.2 promiles of alcohol threshold, forcing the postponement of a charter flight being operated by airBaltic for tour company Star Tour from Oslo to Crete.

Passengers were initially told the pilot was "unwell" according to the Dagbladet report and faced a long delay despite the fact their luggage had already been loaded onto the plane.

News that the crew were in fact inebriated caused anger and fear of flying with another airBaltic crew being dispatched to replace the disgraced crew.

"It is surprising that people who have such huge responsibility in their jobs, don;t take it seriously and have so little professionalism," said passenger Helena Therese Langeland.

Police reacted to a tip-off from a member of the public - suggesting that the crew's revels had not gone unnoticed.

"We got a tip that we should make a routine check and chose to do so. The alcohol test showed above 0.2 promiles, and was taken inside the plane," said Romerike Police District Operations Officer Thorleif Skovereng.

"Zero tolerance means no alcohol," Vanags said, "It's very straightforward - safety is our number one priority."

"There has been an initial test and that is being followed up with more detailed tests. When we have the results we will take appropriate action. I apologize to all customers who have been affected by this incident," Vanags said.

A subsequent statement by the company expressed regret for the nearly 5 hour delay caused to passengers and clarified that the crew had consisted of five members, one of whom had not failed the alcohol test.