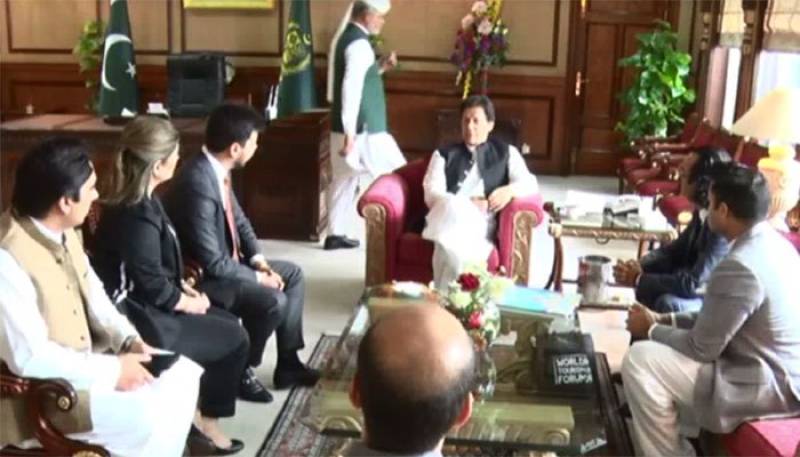 ISLAMABAD - Pakistan will host the World Tourism Forum in the year 2020 to be attended by 1,000 foreign delegates.

The decision was taken during a meeting of Prime Minister Imran Khan with the delegation of World Tourism Forum led by its president Executive Board, here at the PM Office. Special Assistant to PM Syed Zulfiqar Bukhari was present.

The five-day forum will be held to highlight Pakistan's scenic beauty with the immense potential of attracting international tourists.

He said eight new tourist resorts would be set up in Balochistan's seaside strip.

He mentioned that the government was taking effective steps to promote tourism, both locally and internationally.

He said preservation of environment and upholding of native social values would be given a priority while promoting tourism.