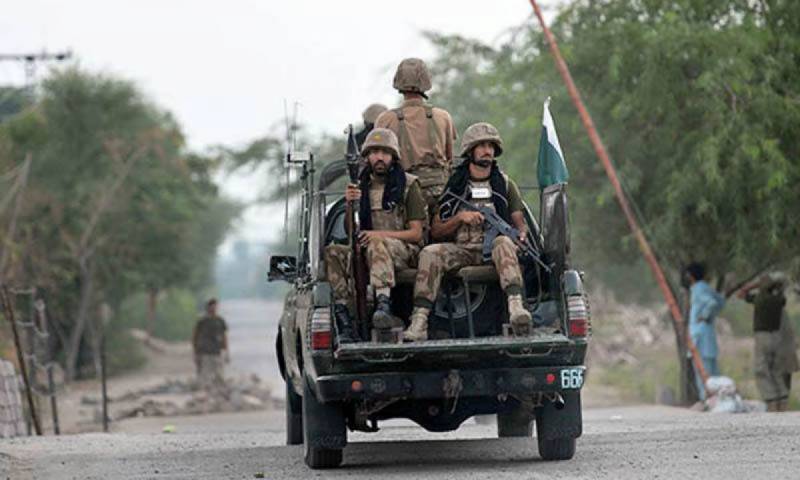 According to the ISPR, intelligence agencies have commenced investigations to find out details regarding the suicide bomber and his handlers.

Pakistan Army is determined to eliminate the menace of terrorism and such sacrifices of our brave soldiers will not go unpunished, said military's media wing in a statement.

RAWALPINDI – At least three terrorists were killed, and four others were detained by security forces in two ...