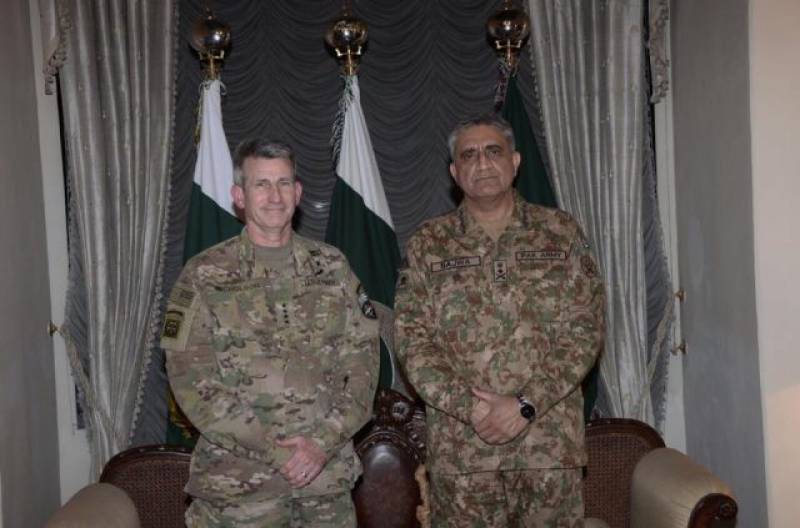 Both high ups visited the area of Miramshah where the US general was briefed on social and developmental activities in North Waziristan by a general officer commanding (GOC). The GOC also briefed the US general about operation Zarb-e-Azb and return of TDPs.

General Qamar Bajwa hailed the performance of US forces in Afghanistan, and lauded the role of Resolute Support Mission (RSM) for capacity building of Afghan forces.