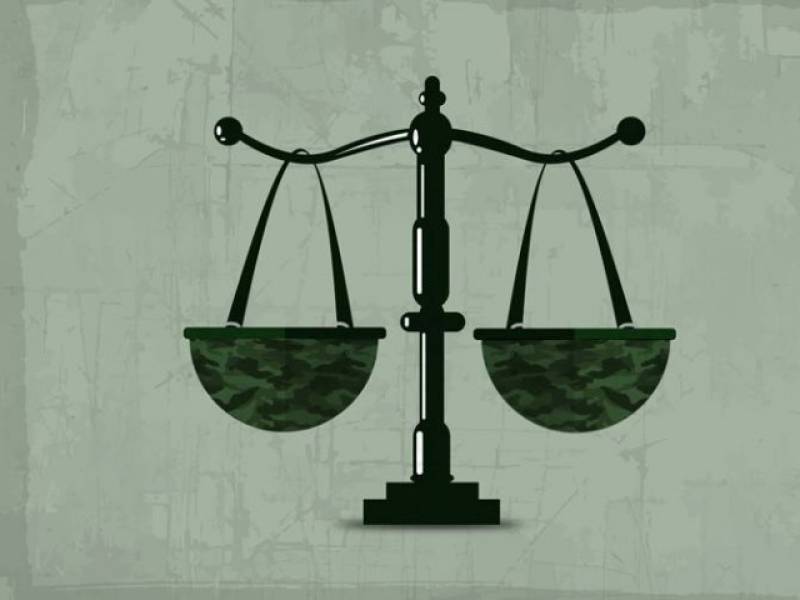 ISLAMABAD - The military courts have ceased to function on expiry of mandated period, Inter Services Public Relations (ISPR) said in a statement on Sunday.

ISPR's statement came days after the military court's duration expired on January 7. The military courts had been established through constitutional amendment following the attack on Army Public School in Peshawar in December 2014.

“Special constitutional arrangements were made to effectively check the terrorists and terrorism,” ISPR said in a statement.

“Routine judicial system was under stress wherein judicial set ups and judges were also subjected to act of terrorism,” the statement read while justifying the establishment of the said courts.

“During the period of its validity, 274 cases were referred to military courts. Of these 161 were awarded death penalty (12 executed) and 113 were awarded imprisonment of varying duration,” it added.

The federal government had provided a legal cover to military court trials of terror suspects for a period of two years in January 2015, after terrorists stormed into Army Public School and killed 144 people, in Peshawar.

In 2015, the supreme court, under the ‘doctrine of necessity’, upheld the 21st amendment to the constitution allowing military courts to be established parallel to the existing civil judiciary for two years.

Interior Minister Chaurdhry Nisar Ali Khan said, “The military courts were set up for two years with the consensus of all the political parties. Any extension in these courts is not being considered.”