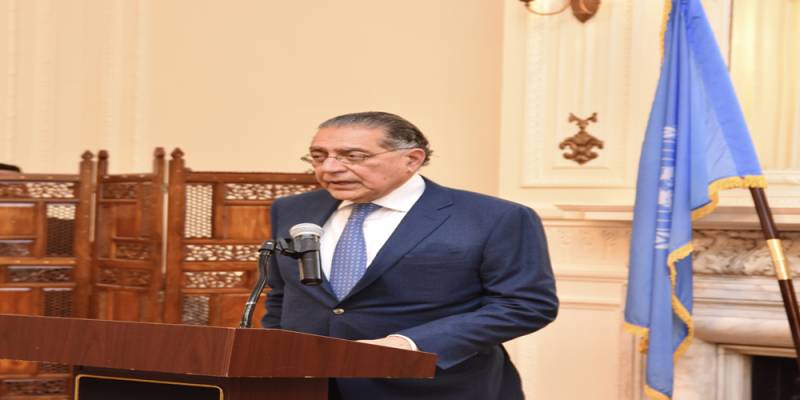 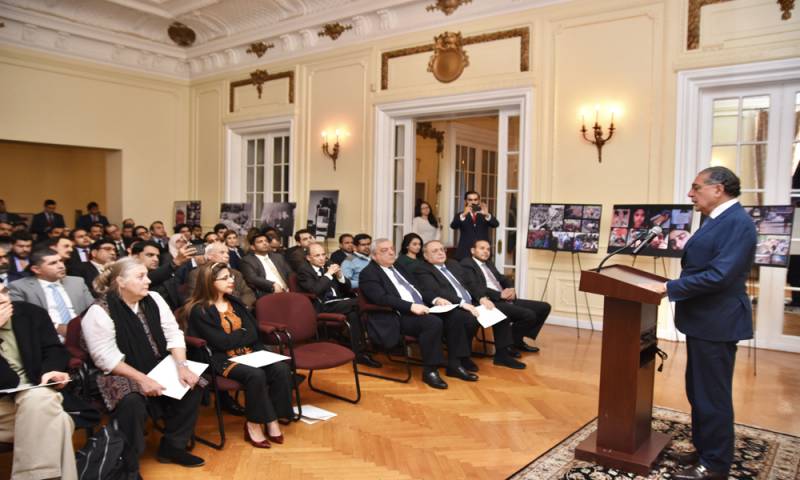 NEW YORK - Pakistan will stand by the Kashmiri people in their just struggle for the exercise of their United Nations-pledged right of self-determination to rid themselves of the brutal Indian occupation, Ambassador Munir Akram told a large gathering of Pakistanis and Kashmiris in which U.N. diplomats also participated.

Speaking at the meeting held to commemorate the 71st anniversary of of the United Nations Security Council resolution upholding the right to self-determination of the Kashmiri people through a free plebiscite, he said that the Pakistan Mission was striving hard at the U.N. to seek the implementation of the council’s resolutions on the decades-old Kashmir dispute.

The event was organized by the Pakistani Mission to the UN to remind the international community of its commitment to resolve the dispute according to the aspirations of the people of Jammu and Kashmir.

Among those who addressed the gathering were: Azerbaijani Ambassador to the UN Yashaar Aliye and OIC Ambassador Agshin Mehdiyev.

In his remarks, Ambassador Akram said that for over seven decades India had violated the Security Council resolutions, denying the people of Jammu and Kashmir to exercise their right of self-determination by occupation and oppression.

On August 5, India illegally annexed occupied Kashmir and placed the disputed state under a repressive lockdown, arresting thousands of Kashmiris and imposing a communications blockade.

Dwelling on Prime Minister Imran Khan’s message, he said that the current situation in Indian occupied Jammu and Kashmir was the worst in recent history where people have been deprived of their fundamental rights, including right to life, food, health, freedom of expression and assembly, freedom of religion, as well as self-determination.

He also told the audience that Indian brutalities have exacerbated the suffering of women and children there, describing this as an unacceptable situation which must be ended.

“Kashmiris living under foreign occupation were being subject to collective punishment by the Indian occupation forces who have converted the territory into the largest militarized zone in the world’, he said.

Reaffirming Pakistan’s intention to raise India’s “illegal” annexation of occupied Jammu and Kashmir at all UN fora, Ambassador Akram said, “the right to self-determination is immutable”.

“Kashmir is in our flesh and blood,” he said. “We will continue to struggle until Kashmiris are free and the occupation is brought to end.”

Ambassador Akram fervently called on the international community to urge India to Immediately rescind the illegal unilateral action to alter the special status of Jammu & Kashmir; release all political leaders; lift curfew and communication blackout; allow access to international media and the UN Fact-Finding Mission to ascertain the reports of grave human rights violations in the valley, and end the use of pellet guns against civilians and allow the people their right to peaceful assembly and protest.

Supporting Pakistan’s stand on Kashmir, Aliye, the Azerbaijani Ambassador, said his country’s position is based on international law, the resolutions of the United Nations and the documents and decision of the OIC.

“It is important that the international community invest more efforts to the political settlement of the issue, which is critical for peace, stability and development of the entire region,” he said.

“We reiterate our concern with regard to the escalation in Jammu and Kashmir last year.”

Mehdiyev, the OIC ambassador to the UN, called Kashmir the organization’s “top priority” issue. The OIC, he said, reaffirms UNSC resolutions on Kashmir’s internationally recognized status and its final disposition through a UN-supervised plebiscite.

He urged India to allow free access to the OIC and the UN High Commissioner for Human rights to occupied Kashmir for investigating reports of the gross human rights violations taking place there.

The OIC envoy called on the international community and the United Nations to enforce international law and demand of India to halt its human rights violations against the people of Jammu and Kashmir.’

A photo exhibition was also organized depicting the barbarity of human rights violations in occupied Jammu and Kashmir as well as of the historic sessions of the UN Security Council on the issue.