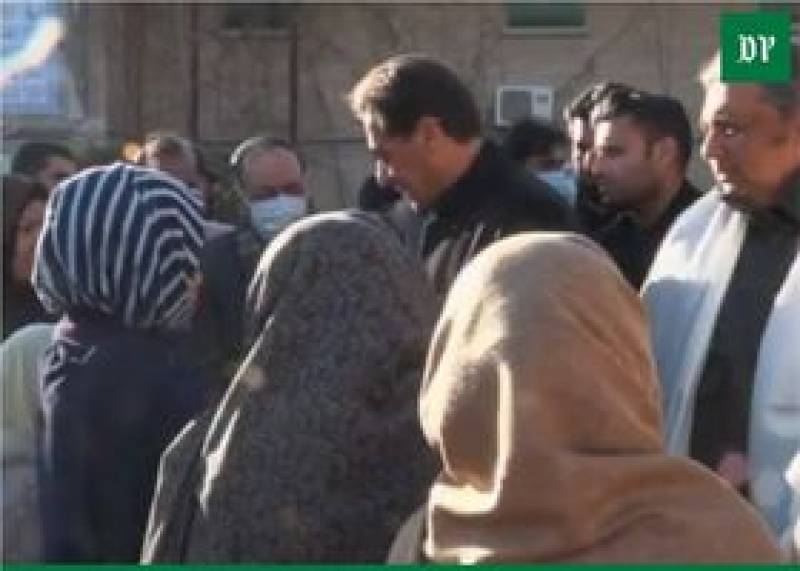 The meeting was held at Sardar Bahadur Khan Women's University in Quetta where the premier expressed condolences to all those who lost their loved ones in the tragic incident happened on January 3.

The premier ahs assured the Hazara community to provide them full protection and track down the elements involved in the gruesome Machh incident, adding that the federal and provincial governments will play their part in this regard.

He announced that a special cell is being established in the security forces to ensure the protection of the community. Expressing solidarity with the community, he said that he and the entire nation fully will not leave them alone at this critical juncture. He assured that the promises made with them will be fulfilled.

He highlighted that the intelligence reports strongly suggest that India wants to create unrest in Pakistan by attacking the religious scholars of different sects, adding that the Machh incident was also part of a bigger game.

He also commended ISI for pre-empting three to four other major plots and said there are certain forces which want to create Shia-Sunni rift in the Muslim countries.

The premier revealed that a handful group of 35-40 people are spreading terror in the country, adding that these were, in the past, were linked to Lashkar-e-Jhangvi, and now they are a part of Daesh.

Explaining reason behind delay in visit, he said that a prime minister has a lot of matters to handle as compared to the common man.

He added that he visited the Hazara community when he was not prime minister.

He also thanked the families for listening to the government and burying their loved ones.