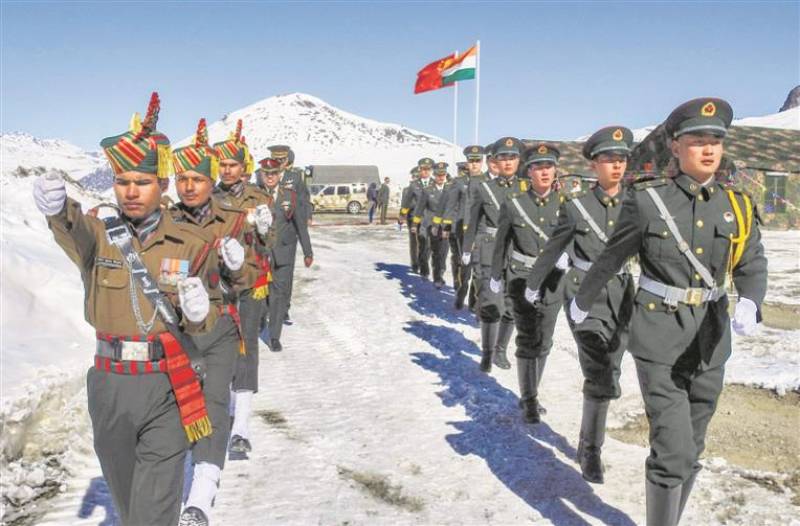 NEW DELHI – The Indian army has apprehended a Chinese soldier after he lost along contested border zone in Ladakh region, where the two countries are locked in a military standoff since long.

A statement issued by the Indian army said that the Chinese soldier was taken into custody on Friday for transgressing into the Indian controlled area in South of Pangong Tso lake.

"The PLA (People's Liberation Army) soldier is being dealt with as per laid down procedures and circumstances under which he had crossed the LAC (Line of Actual Control) are being investigated,’’ the statement said.

Chinese Defense Ministry said that it had informed the India as soon as one of its soldiers went missing "due to darkness and complicated terrain.”

It added that India would return the detained soldier to China.

"The Indian side should strictly abide by relevant agreements between the two countries and hand over the lost personnel to the Chinese side as soon as possible, to add positive factors to cool down the situation at China-India border and jointly maintain peace and calm in the border area,” the statement said.

In October 2020, India detained another Chinese soldier, Corporal Wang Ya Long, in Ladakh’s Demchok area, and he was released later.

In September, China freed five Indian nationals who went missing from Arunachal Pradesh amid rising military tensions between the two most populous countries.

An intensive standoff happened between the two countries in early May 2020 when soldiers of both sides engaged in hand-to-hand combat with clubs. In June, 20 Indian soldiers were killed during the clashes.

NEW DELHI – The Indian Army is now questioning a Chinese soldier, captured in the disputed border region of ...