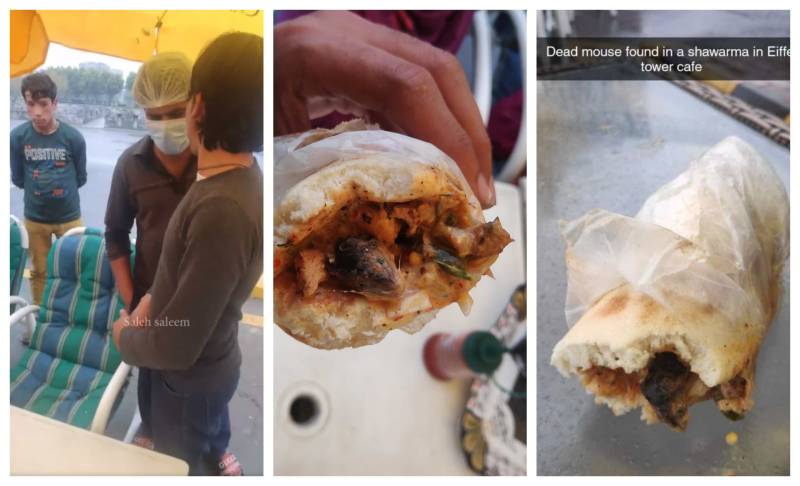 LAHORE – A family enjoying time in a posh society of Punjab capital received the shock of their life after being served a whole dead rat in shawarma.

A social media user, Saleh Saleem, posted the video on January 5, when his 10-year-old niece found the rodent inside a shawarma roll.

According to the user, the family was dining out at a restaurant, 'Eiffel tower café' Bahria Town, when the little girl discovered the whole dead rodent.

In the viral video, the family can be heard lambasting the restaurant staff for being so careless about the hygiene of the food served.

The family then took photos and videos of the restaurant, along with the staff to clearly identify the person responsible for the incident. The victim also called out the chef who prepared the meal.

Later, they called the police over the incident on which the Dolphin squad responded quickly.

The family expressed their gratitude to the law enforcement for the swift action as the restaurant was sealed off.

In addition to the unusual event, the restaurant owner was also slammed by Saleem for telling people to post that the whole incident was 'staged'.

There is yet no report of an action by the Punjab Food Authority.