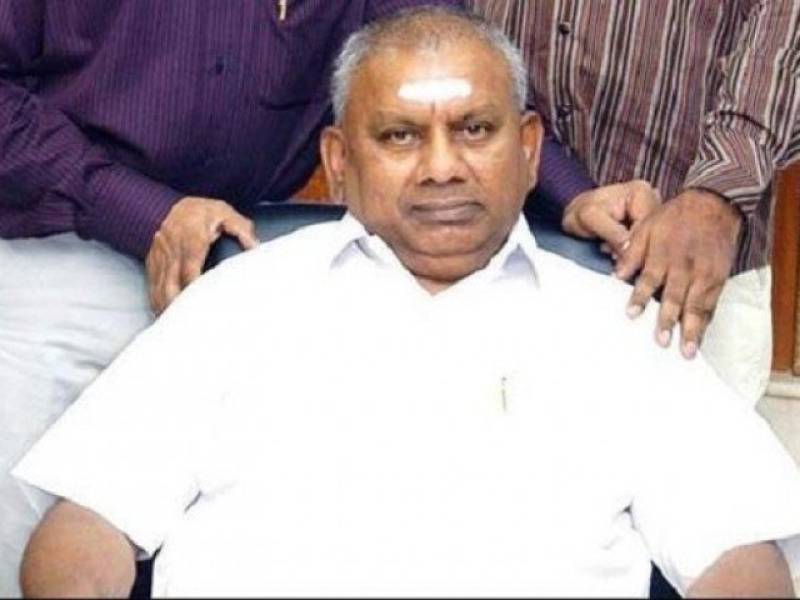 NEW DELHI - The trailblazing Indian founder of a global restaurant chain surrendered to a court on Tuesday after losing a last-ditch bid to avoid a life sentence for murdering a love rival.

P. Rajagopal rose from rags to riches to create the Saravana Bhawan chain which has more than 80 eateries in India and around the world, from Leicester Square to Lexington Avenue via Singapore, Sydney and Stockholm.

He had been battling for 15 years to avoid prison since being convicted over the killing of the husband of a woman he wanted to make his third wife, reportedly on the advice of his astrologer.

The 71-year-old dubbed the "dosa king" after the famous South Indian food staple was meant to have reported to prison on Sunday but made a final plea on medical grounds.

The Supreme Court in New Delhi turned him down on Tuesday and the judges ordered the tycoon to "surrender immediately".

He later gave himself up at the Madras High Court in Chennai in his native southern state of Tamil Nadu, arriving in an ambulance with an oxygen mask strapped to his face.

Saravana Bhawan owes its success to catering to Indians and the large diaspora abroad with the winning formula of affordable South Indian delicacies like dosa pancakes, deep-fried vadas and idli rice cakes.

But Rajagopal's world came crashing down when he made up his mind to pursue the daughter of one of his legions of adoring employees, believing that she would bring him even greater success.

"He was obsessed with her," D. Suresh Kumar, a Chennai-based journalist told AFP.

The woman, then in her 20s, was already married and rejected Rajagopal's advances.

He targeted the woman with threats, blackmail, and even exorcisms, but when they failed the businessman hired a gunman to kill the woman's husband.

One attempt was unsuccessful, but the man's body was later found in a forest in Tamil Nadu.

In 2004, Rajagopal was found guilty and sentenced to 10 years. When he appealed, the sentence was increased to life and the punishment was upheld by the Supreme Court in March.