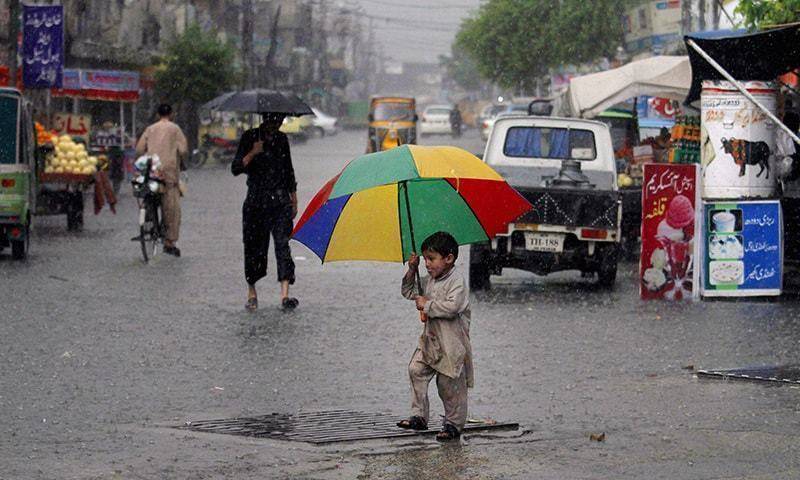 LAHORE - Masses suffering from scorching heat for the last few days were relieved when the rain hit different areas of Punjab including Lahore, Saturday morning.

After the Ramazan-observing faithful braved heatwave across the province, heavy rain in different cities turned the weather pleasant.

After the rainfall, the temperature dropped to 30°C in Punjab's capital city - a division braving over 40°C for over two weeks now.

The Pakistan Metrological department forecasts that Rawalpindi, Faisalabad, Lahore, DG Khan, Zhob, Upper Khyber Pakhtunkhwa and Kashmir can receive more rains in a day or so.

As far as Karachi is considered, clouds covered the city early morning and as per the stats unveiled by  Pakistan Metrological department, the Southern port city's humidity level is 85 per cent.