WATCH – This 'human owl' can turn his head 180 degrees 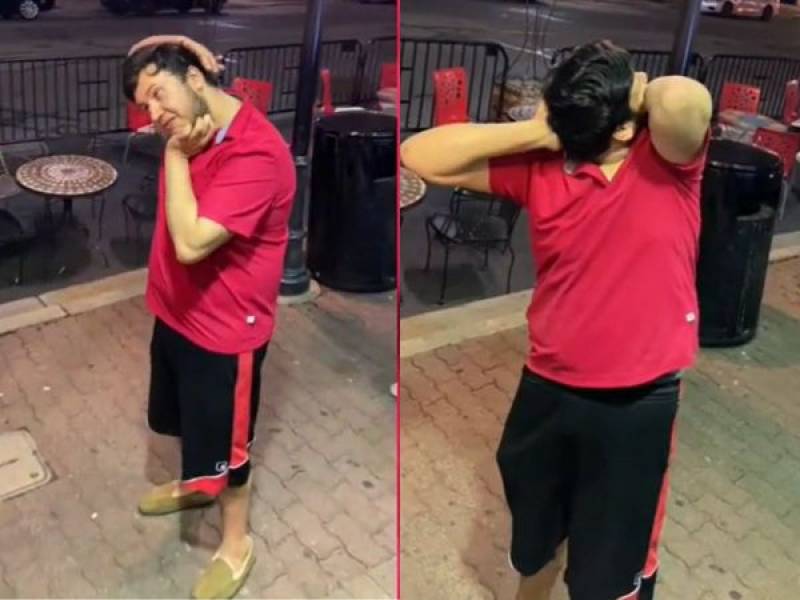 In a bizarre video clip on social media, a flexible man can be seen turning his head 180 degrees to look directly behind him.

The eerie moment has gone viral on social media as the man, who is wearing a red shirt and black shorts standing outside a bar, uses his hands to rotate his head back over his shoulders, like an owl.

The clip was originally posted by TikTok user @sheaabutt00. ‘Party trick! #duet if you can do this’, the caption reads. The clip went viral on social media and it has garnered up more than 3 million views and over 53,000 likes.

Meanwhile, passersby standing behind the man could be heard expressing astonishment over the act while the video-sharing platform intimidated the viewers for not recreating the trick.

BAHAWALNAGAR – Locals thrashed a police constable after he was caught red-handed filming a woman in a ...

LAHORE – In another awful incident of harassment, a woman passenger had to confront a bus conductor who kept ...