Tehran and Delhi are choosing to play on both sides. Javed Zarif’s likely visit to Pakistan can do little to undermine outcomes of Rouhani’s landmark India visit. 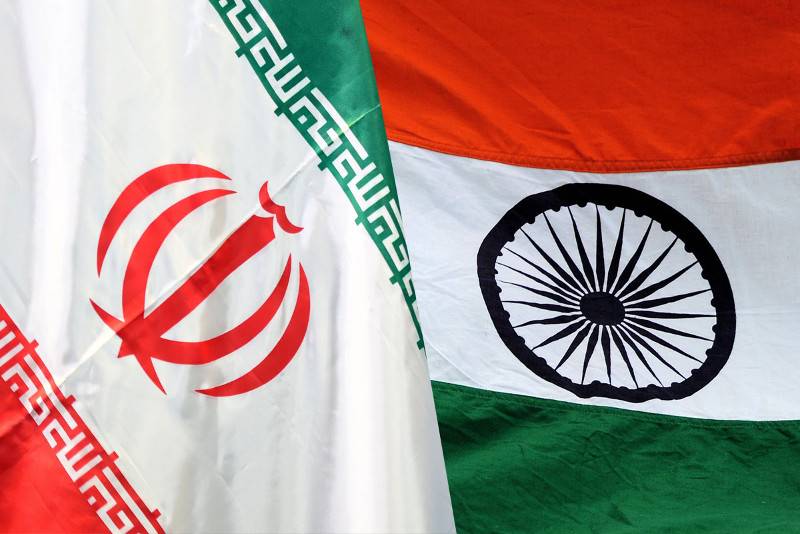 Senators Raza Rabbani and Farhatullah Babar either don’t read the newspapers or selectively attend to them. Hence, ...

Javed Zarif, Iran’s foreign minister is expected in Islamabad within a fortnight. The 58-year old ever-smiling mascot of the Rouhani regime ventures in the terrain where Tehran’s controversial figure Major General Qasem Soleimani can’t. Both are complementary and integral to the regime controlled by Supreme Leader Ayatollah Khamenei. Though not too overtly, Pakistan has been a victim to Soleimani’s stratagem of training proxies in the name of self-defense as well as recruiting zealot mercenaries for battlegrounds like Syria.

The top diplomat’s forthcoming sojourn is about allaying Pakistan’s concerns following Iran’s recent bidding of India. With its term finishing in May, the government is not really keen to host foreign dignitaries. The cognizant neigbour has marked a fresh target to its multipronged approach. Off late, Iran has pinpointed Pakistani military for the diplomacy of any sorts. Ahead of the Pakistan Day parade on March 23, the appointment requests can be easily turned down. The election fever is already gripping the country and any meetings at the cabinet level or above won’t be useful beyond photo-ops for media consumption. The pro-Iran activists tend to make the best use of such unfruitful visits.

The context for the forthcoming sojourn is Rouhani’s India visit where Iran committed its outright support for Delhi’s claim to UNSC permanent membership. The Iranian leader declared his host country as a peace-loving people of over one billion. Contrary to much-trumpeted rhetoric, there was no remote mention of the Kashmiris’ right to self-determination. The Iranian president could have used any occasion, ranging from his Juma sermon in Hyderabad to lecture in the Observer Research Foundation, but it was not meant to be. Viola: Iran joined India’s chorus and condemn terrorism in all forms (a veiled reference to Kashmiri militancy).

The landmark tour not only realized India’s vision of bypassing Pakistan to access Afghanistan but also helped Iran break its global isolation. While India is entering multiple regional groupings with the US backing, Iran aims to increase mutual dependence to lessen the severity and impact of any forthcoming sanctions or other punitive measures. As much as Delhi needed Tehran for its Kabul outreach and encirclement of its western foe, the Persians were in no less hurry to embrace Trump’s trusted Asian ally. Obama exempted India from sanctions against Iran, thus the hydrocarbons sale continued. Tehran is offering lower rate to Delhi to enhance its dependence.

What Iran and India did not and won’t talk about publically is the exact nature and scale of military cooperation which stems from a defense pact signed in 2003 on the eve President Khatami’s visit. The February communiqué did refer to the Khatami-era diplomacy and the string of agreements and MoUs inked were declared its continuation. Pragmatically speaking, half of the deals don’t materialize after majority of summit level deliberations. More likely it becomes due to the uncertainty surrounding Iran and bureaucratic red-tapism in India that partly hampers its progress.

Dr Javed Zarif comes to Pakistan to dilute the meaning of what Rouhani stated and what the joint communiqué read. If it was to be done before Asif Ali Zardari, Senate Chairman Raza Rabbani or his predecessor Nayyar Bukhari, the task was akin to walk in the park. With none of those at the helm, the Ayatollah’s top diplomat will encounter those who manage the country’s security affairs. As the date of his visit is being finalized, Tehran’s official tipped off a journalist about the possibility of taking Islamabad to the international arbitration court for missing the agreed-upon deadline of Iran-Pakistan pipeline. The hurriedly signed pipeline deal was Asif Ali Zardari’s one of the last act in office but with adverse consequences. The then Pakistan president, with deep inclining towards Iran for religious and political reasons, had agreed to pay $1million penalty for each day of delay on Islamabad’s part. Not only the tariff was exorbitant but also Tehran was under UN-imposed sanctions for violating Nuclear Proliferation Treaty as well as sponsoring and harboring terrorism.

Zardari opted to bargain in favor of Iran by accepting the market prices for gas transported via a pipeline, which creates a permanent dependency on the supplier. The PPP leadership committed 80 percent of Brent crude for a supply of 40 years or more and it was done contrary to the expert advice. The Pakistani side a the time treated the matter like it was a one-time buy and agreed on a fixed price Now even if oil slides stabilizes at $60 a barrel, even then the rate agreed in IP agreement is a ripoff i.e. $8 per Btu. On top of it all, Pakistan committed itself to pay for the delay in its operationalization by each day, another unusual clause contrary to the national interest.

Pakistan knows of the practices of unilateral changes in international contracts. Upon realizing that the contract is extremely damaging even without receiving any gas supply, Islamabad can walk away. Even if it does not opt to declare it null and void, the cases of readjusting the contract for mutual benefit do exist. Thus, Zarif has little chance of coercing Islamabad to stick to disastrous IP agreement. Iran will prospectively lose if takes the matter to the international court of arbitration. Thus, the bluff will be called if a veiled threat is made.

The Persians are smart enough to realize that Chabahar and Gawadar can’t be sister port, even for the sake of rhetoric. Less than 100-kilometer apart, the ports are competitors by all means.

Amidst its all-out alignment with India, there’s little room for Iran to keep Pakistan to favorably engaged. In fulfilling Delhi’s fantasy of girdling Islamabad, Tehran will surely lose its chance of creating a buffer zone of neighbors.

Zarif must come prepared to respond to his hosts queries regarding Indian slueth’s bludgeoning network in Chabahar city, the recruitment and training of Shiite mercenaries from Pakistan especially Parachinar, South Punjab and Southern Sindh. Iran’s support for Taliban in Afghanistan has also raised eyebrows in Pakistan’s strategic community alongside its nexus with India.

Prima facie, Pakistan-Iran relations may see future visits of dignitaries and parliamentarians. But in reality, Tehran’s actions to dehyphenate its ties to Delhi from Islamabad’s only endorse the conclusions drawn after Kulbushan Jadhav alias Mubarak Patel ‘s arrest.