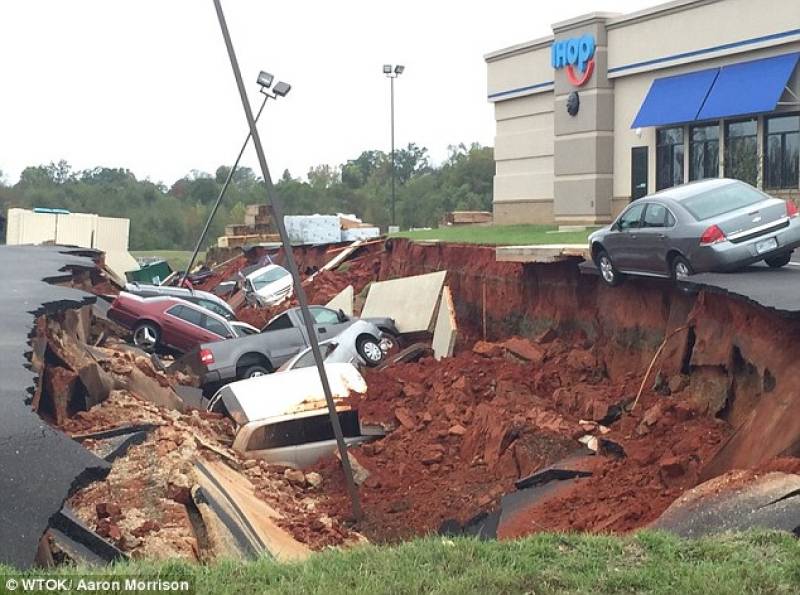 MISSISSIPPI (Web Desk) - Tests are to take place to determine why the ground opened up in a Mississippi city, swallowing 12 cars in a restaurant car park.

The area had suffered heavy rains over the past two weeks, the Meridian Star newspaper reported.

No-one was injured, and engineers will assess the ground on Monday.

Buck Roberts, the director of public safety in Meridian, told the newspaper it did not appear to be a sinkhole, which is usually caused when an underground water aquifer dries and the ground above it collapses.

"You can call it what you want, a cave-in or whatever, but it is not a sinkhole," Mr Roberts said.