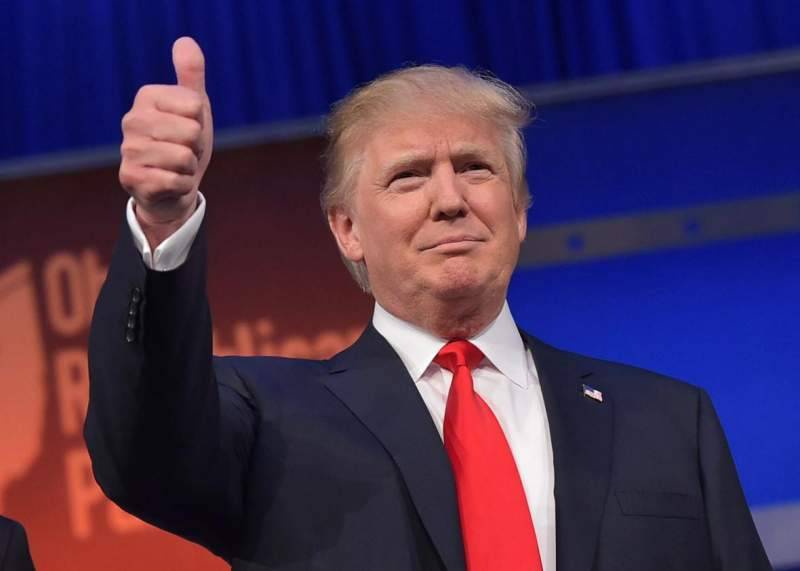 NEW YORK -Republican’s candidate Donald Trump has become the 45th President of United States of America after a landslide victory here on Wednesday.

In an unexpected presidential show down, Donald Trump won by 276 electoral votes compared to 218 of Democrat’s candidate Hillary Clinton out of a total 538 votes of electoral college. 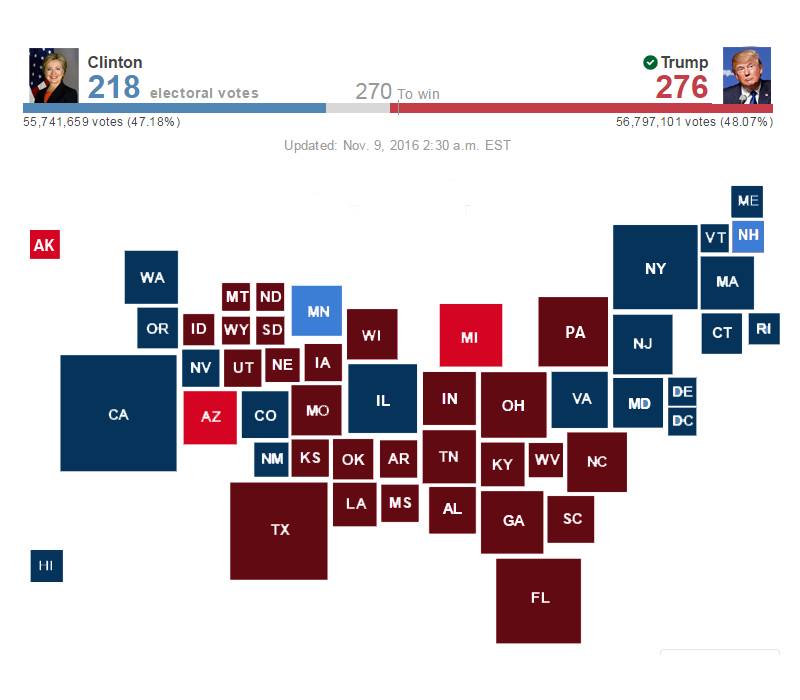 Meanwhile, chairman of Hillary Clinton presidential campaign has expressed that the counting was still underway and Hillary would not be talking to media today.

The following picture depicts how the analysis of political observers from top tier organisations like New York Times fell on stony ground who were expecting, Hillary Clinton as the next US president. 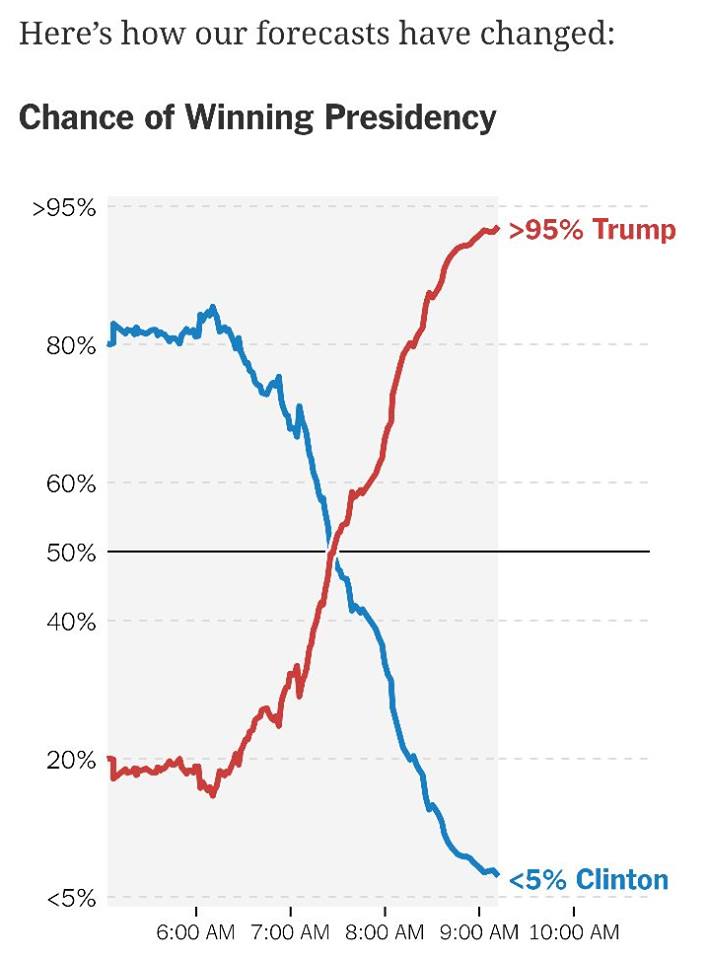 Another New York Times image depicts as how Trump turned the table on Hillary Clinton despite the analysis of American media. 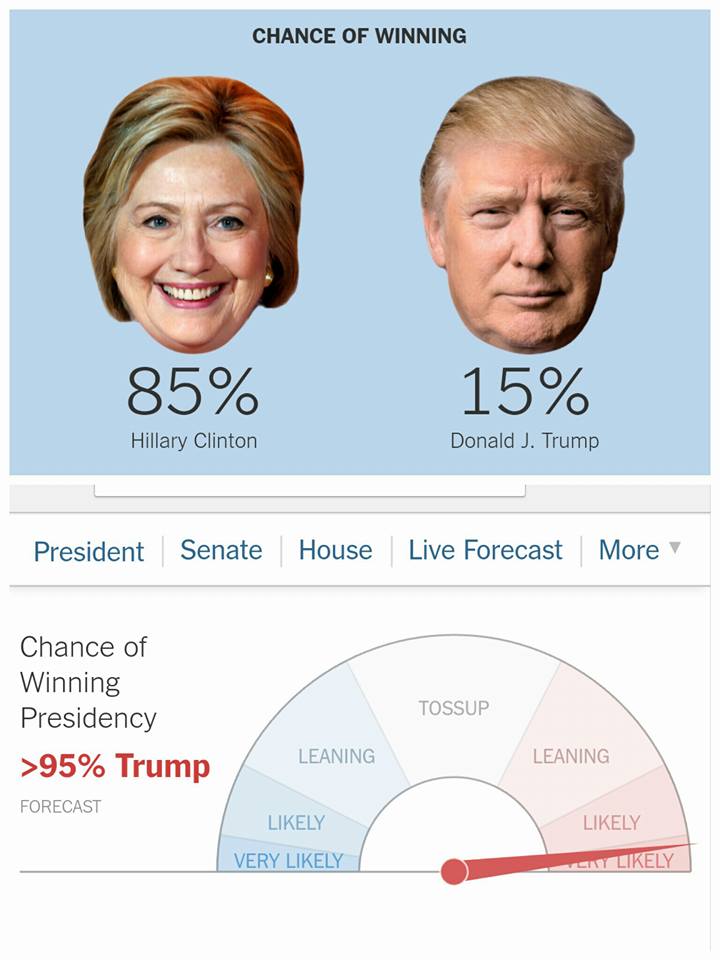 The results are based on voting trends analysed by US Media.

Journalist and social media buffs also took to Twitter to express their viewpoint after the unexpected results.