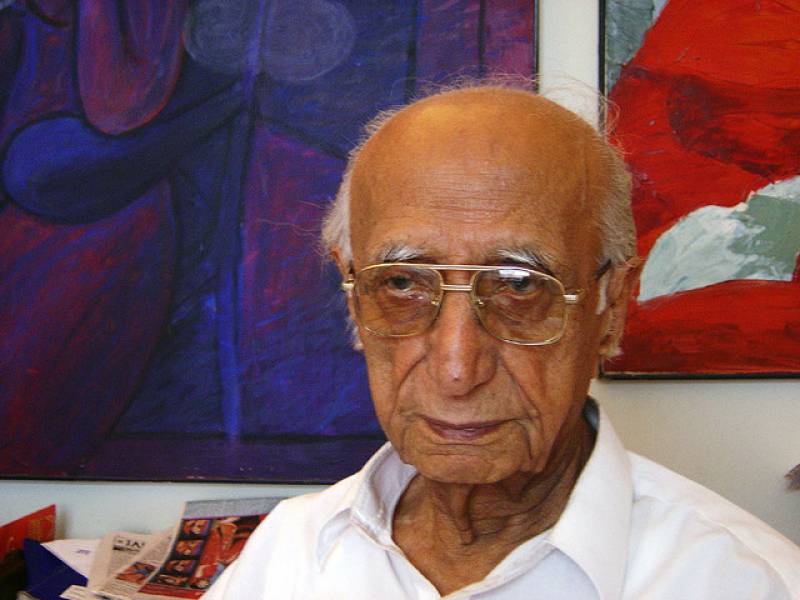 HYDERABAD - Renowned writer Ibrahim Joyo, a mentor of many literary giants and author of hundreds of books, breathed his last at 102 on Thursday.

Joyo was suffering from breathing complications for some days prior to his death. The deceased will be laid to rest at his native graveyard in Jamshoro, Sindh.

Born on August 13, 1915, in Jamshoro district, Ibrahim Joyo passed his matriculation in 1934 with a distinction from Sindh Madrassatul Islam. He was then sent to Bombay for a Bachelor of Teaching degree by Sindh Madressa and later was appointed to teach at Sindh Madressa.

Being a writer, scholar, social and political worker, Joyo had a versatile career and an eventful life. He was known for his peculiar views on secularism and socialism.

The writer rendered services for Sindh and its people and had written several story books and text books for school children, prefaces, debates and a lot of essays. He has also translated the works of Karl Marx, Byron, and T.S. Elliot into Sindhi.

In 2013, Joyo received a literary award from the Pakistan Academy of Letters for hsi matchless services.

Soon after the demise of Joyo hit headlines across the country, various political figures including Pakistan Peoples Party chairman Bilawal Bhutto took to Twitter to condole the demise.

#IbrahimJoyo, Sindh's literary giant, a progressive, versatile, enlightened scholar has passed away today. Born in 1915, his centennial was celebrated 2years ago when he was dubbed as "voice of the century" by writer Syed Mazhar Jameel in his book 'Ibrahim Joyo-Ek Sadi ki Awaz'