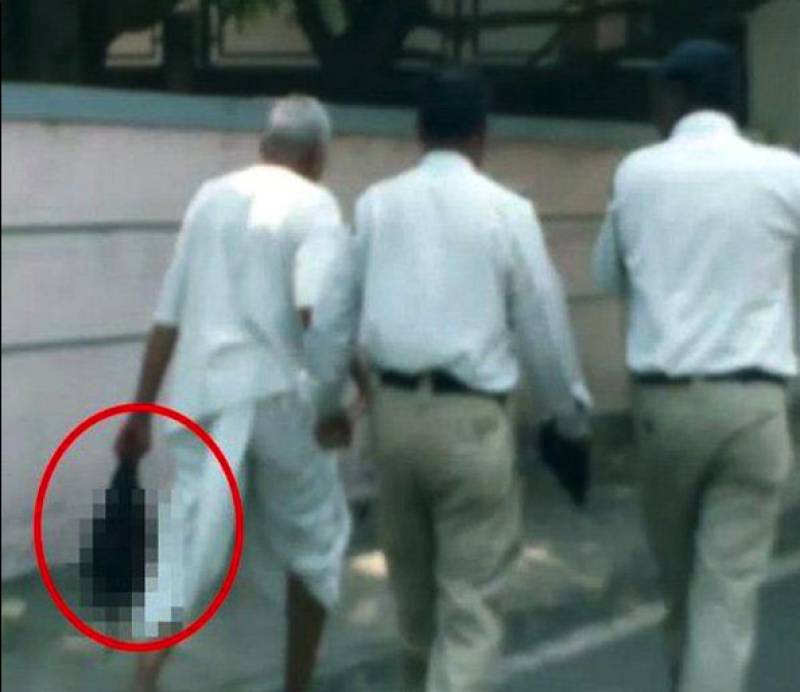 PUNE (Web Desk) - The sight of a man walking around with a severed head shocked people on the streets of Pune in Maharashtra on Friday morning.

Ramachandra Chavan, 60, allegedly beheaded his 55-year-old wife Sonabai and then walked around with the head until the traffic police stopped him and arrested him, the NDTV reported.

In a chilling mobile clip, Mr Chavan, wearing a dhoti and kurta, is seen holding the head in one hand and an axe in the other; two policemen are seen running after him as others on the road gape. The police quickly covered the head with a cloth.

The police say Mr Chavan, who works as a watchman, killed his wife with the axe suspecting that she was having an affair.