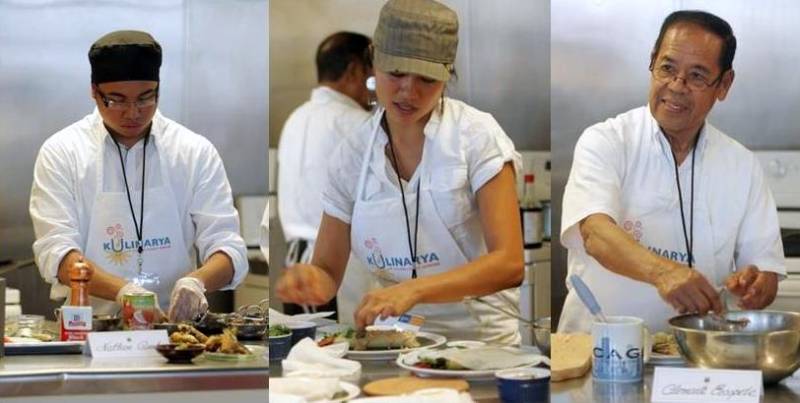 WASHINGTON (APP) – Filipinos have captured the world’s cooking market all over from Mediterranean to Asia to cooking dinner of US President.

Since the 1970s, the Philippines has been known for its mass export of workers, particularly poorly paid maids and construction workers who choose an uncertain life abroad above deep poverty at home.

But in recent years there has been a trend towards higher-skilled and better-paying jobs, and cooking schools in the Philippines are now churning out tens of thousands of chefs a year for kitchens around the world.

“I’ve always been interested in cooking, especially baking, even as a kid,” former bank clerk Rochelle Evaristo told AFP as she took a break from making sandwiches alongside other aspiring cooks at a Manila school. 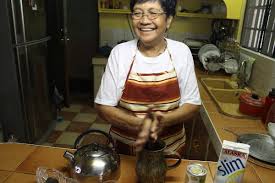 “I also want to work abroad. My cousin is in Canada and he said they need a lot of cooks.”

In her late 20s, she is among the oldest of the class of 39 mostly teenaged students at her government-run school in Manila.

More than 10 million people from the Philippines work overseas and maids, sailors and labourers are still the most common jobs.

However cooks, bakers, and pastry chefs are becoming the most sought-after professions, with ships, hotels, restaurants and casinos the main employers, the school’s deputy director for operations, Teodoro Pascua, told AFP.

Nearly 180,000 Filipinos went to work in ship galleys abroad between 2010-2014, including nearly 72,000 head chefs, with the rest made up of kitchen assistants, waiters and waitresses, according to labour department data.

Over the same period, about 65,000 Filipinos went to work in similar catering jobs in hotels and restaurants in foreign countries.

Filipinos are big assets in the global catering industry because of their English proficiency, the ease with which they adapt to the host countries, and a resilience that belies their easy-going nature, according to Pascua.

“These are soft skills that we have that make us a little more distinct than either our neighbours or other workers all over the world,” he said.

Pascua also said a graduate of the entry-level six-month course at his school, supervised by the Philippines’ Technical Education and Skills Development Authority, would be able to master the basics in any kitchen.

“Your employers will know that you won’t drown in the kitchen. You won’t make a mess of anything,” he said.

There are about 2,500 cooking schools — mostly private but also government-run — in the Philippines, according to Pascua.

The culinary trail was blazed by Pablo Logro, a former dishwasher who rose to become the personal chef of the sultan of Oman.

Logro got his start helping prepare soft buns for a Chinese restaurant in Manila, which gave him a ringside view of its chef’s Asian cooking.

He then got a job as a chef’s assistant at a Manila hotel, where he befriended an Arab guest who offered him a sous chef job in Oman in the early 1980s.

It turned out to be at the Al Bustan Palace, where guests of the sultan would stay.

In interviews with Philippine media, Logro said during his decade-long career in Oman he regularly cooked lamb for the sultan and served visiting royalty and heads of state.

Returning to the Philippines, he became the first Filipino executive chef of a five-star hotel.

He eventually left the job to open his own culinary school and establish himself as a celebrity chef with his own successful television cooking show.

A more recent success is Cristeta Comerford, who began as assistant chef in Bill Clinton’s White House in 1995 after working at five-star hotels in the United States.

She was then appointed executive chef in the presidential kitchen in 2005 by George W. Bush’s wife, Laura, a position she carried into the Barack Obama presidency.

Visiting the Philippines last year, Obama highlighted her introduction to the presidential family of two of the better known Filipino dishes.

“Thanks to her, we in the White House enjoy the occasional lumpia and adobo,” he said in his toast at a state dinner, referring to fried spring rolls and meat marinated in salt, garlic and vinegar.

After on-the-job training at a Philippine hotel or restaurant following her six-month schooling, she hopes to join a cousin in Canada who is the head chef at a Vancouver restaurant.

“My cousin doubled his salary from his previous job here (as head chef of a Manila restaurant chain),” Evaristo said.

While kitchen salaries vary greatly, virtually all pay more than domestic workers earn. Maids are typically paid about $400 a month in Saudi Arabia and $530 in Hong Kong, two of the most common destinations.

Even an entry-level job as a chef’s assistant on a cruise ship pays about $900, according to industry publications.

But while earning more money is the main aim for most students, it also allows them to dare to dream of emulating the likes of Logro and Comerford, according to Imeldaughter Vera, one of the trainers at the Manila school.

“One of my students has gone on to work in a Middle East palace, cooking for a princess,” Vera said.