Dr Arif Alvi sworn in as 13th president of Pakistan 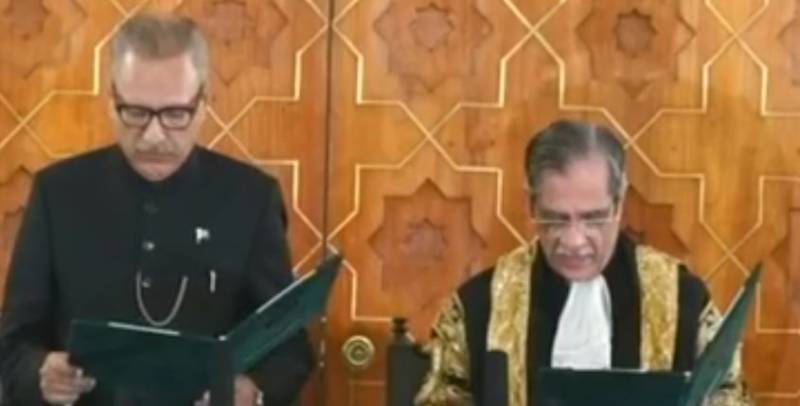 ISLAMABAD - Dr. Arif Alvi was sworn in as Pakistan’s 13th head of state in a ceremony held at Aiwan-e-Sadr in Islamabad on Sunday.

He will take over the office from Mamnoon Hussain, the former president who completed his tenure on Saturday.

Alvi—the PTI’s Karachi leader who was elected to the National Assembly as a candidate from the NA-247 constituency, resigned from his seat earlier this week.

He was born in 1949 and a dentist by profession, Arif is among the founding members of the PTI.

Alvi was elected as the member of the National Assembly of Pakistan for the first time in General Election 2013 on a PTI ticket from the NA-250 constituency of Karachi.